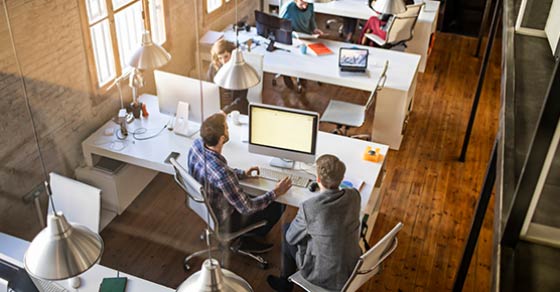 Shane Anderson
Driven by increasingly larger deals, VC investment in 2018 is on pace to hit a decade high level. In the first nine months of the year, the median size of US deals grew an impressive 23.8% over 2017. In the first three quarters of 2018, the number of $100 million+ financings increased 90.7% over the same period in 2017. But the total number of deals has declined, continuing the trend of more money chasing bigger transactions.

What role does venture debt play in this capital-rich environment? Consider that as round sizes drive up corresponding valuations, the pace of innovation and potential for global impact require even greater investment.

For example, frontier tech — including robotics, autonomous vehicles, space and artificial intelligence, as well as agtech and fintech — is at a key inflection point, addressing monumental challenges and seeking global audiences. The cost of deploying these innovations in quickly evolving and massive marketplaces, with increased competition and growing regulations, drives companies to seek additional capital at pivotal times in their growth cycle.

Over the years, Silicon Valley Bank has observed how scaling venture-backed companies use venture debt in boom times and downturns. Today, venture debt remains an important part of the fundraising cycle. A quick primer: Venture debt works best in tandem with a complementing equity capital raise. A significant benefit of venture debt is that it can provide an extension of runway, allowing companies to demonstrate to investors that they are making additional progress toward critical milestones ahead of the next round. Sometimes, if that runway gets a company to cash flow–positive operations, an additional round becomes unnecessary. We find that emerging growth companies are attracted to venture debt as a means of lowering the total cost of capital in an attempt to avoid the dilution that comes with an equity raise. Most venture debt structures include only a fraction of dilution compared with an equity event — a plus for management and employees.


The basic points of venture debt

Venture debt is intended to provide three to nine months of additional capital to support investing activities for whatever pivotal functions are needed to achieve milestones. It could be used to hire or bolster a sales team, improve marketing, invest in research and development or buy capital equipment to get to commercialization and begin scaling. Typically, the amount of venture debt is set to 20 percent to 35 percent of the most recent equity round. The amount of the debt is based on multiple factors, including company growth rates, the investor syndicate, sector, customer niche and other potential capitalization risks. SVB has observed that venture debt–to–valuation ratio, a common metric for evaluating debt worthiness, hovers consistently between 6 percent and 8 percent of the company’s last post-money valuation. This ratio is not set in stone but is the average level that we are seeing across various company stages, business models and sectors.

Often, the cost of venture debt is small relative to the additional runway acquired. There will typically be a draw period, which provides a window during which the company does not need to take the debt down immediately. All told, the current cost of debt is typically around a 6 percent IRR (and may include an option to defer interest to the maturity of the loan, thus preserving more cash). Warrants, which are typically expressed as warrant coverage or fully diluted ownership, also must be factored into the cost. It is not uncommon to see draw availability or the interest-only period tied to milestones that align with investor expectations of when the next equity round may be raised. Sometimes, venture debt is not drawn at all, serving more as insurance for a rainy day, and it is commonly repaid with the next fundraising event — having done its intended job of extending runway to the next round.

Say a company raises $10 million at a $50 million valuation, the equivalent of 20 percent of the company. Still, the company needs an additional $2 million to achieve key milestones and increase its prospective valuation ahead of raising the next round of capital.

Comparing venture debt vs. equity, the company can:

Raising debt when a company is flush with cash may seem counterintuitive, but in many cases the debt can be structured with an extended draw period so that the loan need not be funded right away. Regardless of when a company may want to fund the loan, typically creditworthiness and bargaining leverage are highest immediately after closing on new equity.

Innovation takes ingenuity and sizable capital. Even in a time of abundant cash, venture debt is an attractive financing option for growing venture-backed companies seeking to extend runway, lower their cost of capital and keep innovation thriving.
Companies referenced throughout this document are independent third parties and are not affiliated with SVB Financial Group.

I have been with the Bank since 2000, working with Startups to large publicly traded multi-national companies in the technology and life science sectors.

I started with SVB, working in the Portland, Oregon office and then moved to Denver in 2006 where I lead the Structured Finance Group for the Pacific Northwest, Midwest, Texas and Rocky Mountain region. The Structured Finance Group provides creative financial solutions to growth, mid and late stage companies with working capital lines, acquistion financing, equipment financing, and other bank products and services. I am currently a credit officer supporting private equity services, growth, and corporate finance.

Prior to SVB, Shane worked as a financial advisor (personal and small business) and worked for Nike's Strategic Finance dept.