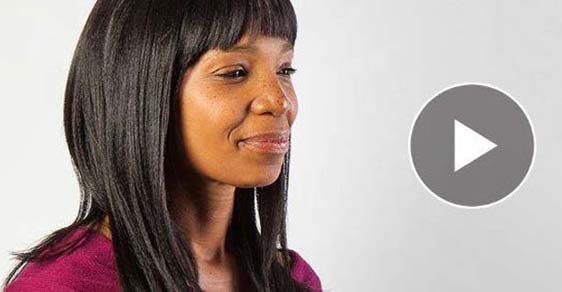 April Lovelady has worked for NASA, co-founded a biomedical company and earned a Ph.D in engineering. But while attending SVB Trek 2017, she had an aha moment, one she says that gives her new confidence in taking her next step as an entrepreneur.

Like many of us, April tends to measure her world in terms of successes and failures. But after gaining insight from a stellar list of founders and VCs during The Trek, she’s come to realize that may not be the best measuring stick.

"The Trek changed my perception of success and failure," she says.

April, who now is pursuing postdoctoral studies at Texas A&M, has a day job: she co-founded Voyager Biomedical and serves as Chief Technology Officer. Voyager has developed an implantable vascular access device to improve dialysis.

"Be optimized for learning"

SVB works with universities from around the world to select top students for a four-day immersion program on entrepreneurship every January. On the second of the 2017 program, Sequoia Capital partner Jess Lee spoke with April and two dozen other Trek participants. Four words from Jess, a Googler-turned-founder who in 2016 joined Sequoia as its first senior female investor, left a strong impression: "Be optimized for learning."

As April puts it, Jess’s message gave her new insight: "When you’re optimized for learning, you’re not necessarily focused on success and failure, you’re focused on whether you learn or you don’t learn. That’s a completely different way of looking at the startup experience…. How you handle [the ups and downs] is going to be very important in terms of continuing on with your business."

How to build trusted networks

The goal of SVB Trek is to help aspiring entrepreneurs expand their networks and increase their probability of success. A big part of that, April says, is learning how to effectively communicate and tell your story. She laughed when someone called her "a friendly" engineer.

"I think sometimes as engineers we tend to be introverts. But we really do have to come out of that shell," she says. Through Trek, she saw first-hand how important building business relationships is, from nurturing relationships among co-founders to VCs to company advisors. "You can have some of the most brilliant minds, but if they lack interpersonal skills, then you have a company that’s not going to make it."

April says SVB Trek is unique among her experiences. The well-known VCs and founders connected with the SVB Trek class, able to translate their knowledge in a language that "those of us who are coming up behind them can understand."

She adds, "It’s great to be among people who have been where I currently am, and who have survived it, and who are thriving. I would come back and do this again and again."