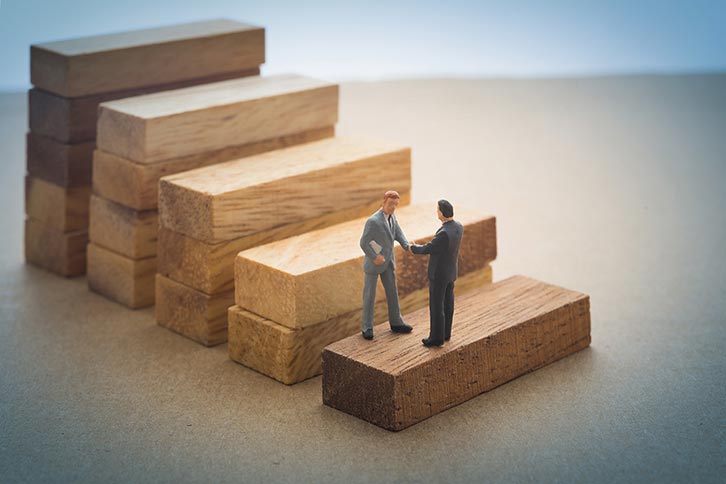 Key factors for succession planning
With swaths of PE and VC firms looking to create succession plans, we hear from two firms about their recent experiences.

“I do believe that the Achilles’ heel of any asset management firm is succession. … There have been a number of companies that have foundered over that or a number of companies that have put it off indefinitely.” So said Blackstone Group’s Tony James following the firm’s succession plan announcement, which saw him move from COO to executive vice chair in February 2018.

Blackstone’s succession plans followed those of its large-cap peers, with Carlyle, KKR and Apollo all outlining new leadership structures in the past two years.

There is still a long way to go, however, with many firms yet to decipher their next phase of management. In an interview earlier this year, SVB’s Namita Anand said, “Succession planning is a major talking point; of the past 50 conversations I’ve had, I’d say around 40 were on this. Many funds haven’t made succession plans and are rightly starting to think about it.”

The trouble with succession planning

Succession planning touches on hugely sensitive areas involving egos and strong personalities, as well as personal career plans, meaning it can often be an emotional process. On top of these factors, the decision requires group consensus, which risks major disputes and, in some cases, the dismantling of entire firms.

Furthermore, succession planning is not only vital to ensuring a firm’s continued culture but also arguably dependent on a firm’s culture; those houses with an ethos of consistently looking to the future and fostering an environment of open and frank communication are far more likely to experience a smoother process.

Silverfleet Capital is an elegant example of this. “It has something to do with having been operating for such a long time,” says the firm’s newly appointed managing partner, Gareth Whiley. “It’s to do with our institutional heritage; we were originally part of Prudential. It is also linked to not having our name above the door; our culture has always been about the longevity of the firm.”

Silverfleet completed its succession plan in April 2019, following an announcement in November 2018, with former managing partner Neil MacDougall taking on the new role of chair as Whiley took on management responsibility.

With initial and informal conversations between MacDougall and Whiley taking place back in late 2017, a key driver of devising the plan was fundraising.

“Neil and I have worked together for 20 years or so,” says Whiley, “and he didn’t think it would be appropriate to lead the next fundraise. In terms of good governance, it was time to think about who would take over.”

According to Whiley, the subsequent discussions were open, taking into account such major questions as how it would work, how quickly it would happen and potential co-managing options.

For Paris-based Activa Capital Partners, the situation was less clear and therefore lengthier. Following the raise of its third fund, the firm made a crucial step toward a potential plan, with management of the new fund’s operations to be led by Christophe Parier and Alexandre Masson. “The founding partners remained in charge for funds one and two, while we led all investments on fund three,” explains Parier.

But it was only after fund three was 50% deployed that the real discussions kicked off. “We had to invest the fund successfully; that’s why the 50% investment rate was important,” says Parier.

“By the time the succession discussions gained momentum, we had made five investments, there was serious value in the fund, and we were negotiating the fund’s remaining deals. We had looked after the operations and managed relationships with the portfolio companies as well, so it was good timing to share our views on the firm’s future,” adds Masson.

“We presented this plan to our LPs, who voted on it unanimously, and then it was all signed and paid for,” says Parier.

In both the Silverfleet and Activa cases, the need for due process and communicating clearly and at the right time to LPs was vital to the plans’ success.

Both firms established open internal processes, whereby any team member wishing to take on leadership was able to put their name forward. And both GPs ensured fairness by putting plans forward to be voted on — first by the team itself and, once agreed upon, to LPs.

“We explained to our investors that in five months’ time, leadership would be handed over, with a two-year interim process,” explains Whiley, who adds that there were some initial questions and reactions from the investor base, such as if the negotiations had caused any upset and if there were other reasons behind the succession, like illness or a breakdown in the team’s relationships. “After explaining the reasons, they were all very happy,” adds Whiley.

Activa’s experience was similar: “We were very eager to do something smooth, something friendly, and be able to collectively stand in front of our LPs and make it clear that we’re doing this together,” says Parier.

Given the highly individual nature of determining succession plans for PE and VC houses, it is not a topic on which advice can be easily had.

For Activa, few people outside the organization knew about the process, let alone were asked for help. “We carefully looked at what was happening in other firms,” says Parier. “We had some informal discussions with very close friends, where we sounded out ideas, but we decided to keep it internal.”

Silverfleet found guidance close to home. “On a very informal basis, I checked in with CEOs and chairs of previous portfolio companies about their learnings,” says Whiley. “That was great, and it brought about some excellent lessons, one of which is that succession is a chance for change, an opportunity to see if we can improve and be better.”

There was one other external party able to help Silverfleet: “For many years we had worked with a headhunter who had carried out some psychological profiling with us,” says Whiley. “We spoke to him about any risks. It was useful to speak to some third parties and ask if there was anything to watch out for, anything in our characters that might inadvertently come out.”

Succession planning and firm culture are two sides of the same coin. Those firms with a culture of long-term success, of clearly understanding their fiduciary duty to investors, are far more likely to experience a smooth process. For houses that depend on key founding members who dictate investment strategy, execution and investor relations, deciphering how to safely pass that on to the new generation — and working out who the leadership is — will likely be more challenging.

Thankfully, regardless of the firm’s culture or particular situation, there are common threads that run through all successful succession plans: ensuring that the process is as open and fair as possible, communicating the plan to LPs only when it is substantive and in place and seeking advice only from those who know the team well.