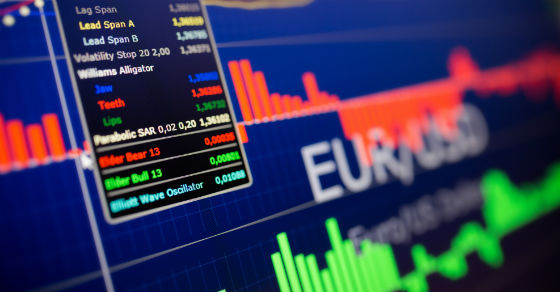 Last month the dollar index reached its highest level in over two years.1 Its persistent strength has defied market strategists (including myself) who have forecasted a material downturn within the year. The downturn has not materialized leading many currency analysts to call the strong dollar one of the big “missed market calls” of the year.

Notwithstanding what analysts thought, global investors got it right, remaining long on the dollar and US assets, especially tech stocks and US Treasuries.2 In addition to relatively attractive yields and returns available from investing in US assets, there has been significant safe-haven demand for the dollar, as relentless geopolitical uncertainties and tensions both here and abroad continue to foment uncertainty.

Mexican peso takes place as a top performer. The Mexican government announced a ‘realistic but conservative’ 2020 budget with an economic growth target of 2%, and material increase in social spending.8 Despite analysts concerns that the country’s growth assumptions are overly optimistic, the Mexican peso gained and was a top-performing currency for the month. 9

Nancy Pelosi announces formal impeachment inquiry. Within 24 hours of the announcement, markets responded with rallies in the S&P up 0.70% (risk-on), 10-year T-bonds yields up 10 bps (risk-on), and dollar index up 0.70% (risk-off). 10

Italy forms a new government—again. Since WWII, and the reign of Mussolini, Italy has (by design) built a government that modulates presidential power.11 The latest changes mark the 67th government structure for the country. Even so, the euro was unmoved by the change, and Italian bonds remain in demand (for their yield), with the Italian stock market outperforming most other EU countries in September.12

Spain coalition-talks collapse. Caretaker Prime Minister Pedro Sanchez failed to gain the support of the left-wing Podemes and pro-market Ciudadanos parties, setting the country on course for an election on November 10 – its fourth in four years.13 The euro was unaffected by the news, Spanish government bonds are in demand, and Spain’s stock market has outperformed most other EU countries for the month. 14

Protests continue in Hong Kong. In addition to the ongoing trade war, Hong Kong’s status as a regional economic hub has been severely damaged by the protests, with profound market reaction.15 Since protests began on March 31, the Chinese RMB fell 5% and stock market values for both China and Hong Kong dropped nearly 15%.16

Brexit approaches October 31 deadline. According to UK bookies, almost any outcome remains possible: a “no-deal” Brexit; a Brexit deal with withdrawal agreement; an extension or revocation of Article 50; a second no-confidence vote; a Brexit extension; a general election (currently, at 10% odds); a new Brexit/EU referendum (currently, at 87% odds).17 Even with little further clarity of a possible resolution, the UK pound gained 1% in September, UK gilts were in high demand, and UK stocks had their best monthly close in more than a year. 18

Possible Warren nomination could shake US equity markets. As the odds of Senator Elizabeth Warren winning the Democratic nomination grow, experts fear US equity markets may respond negatively to proposals which target the wealthy and corporations with new taxes.20

US and China agree to reopen talks. The meetings – the first since negotiations in Shanghai in late July –offer hope that the US and China can avoid further escalation of the trade conflict, which has fulminated for nearly two years.