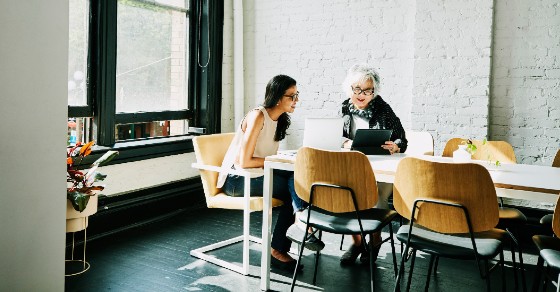 Limit angels to a small group, and be mindful of other pitfalls

Originally Published at TechCrunch on November 1, 2019

Angel investors pumped approximately $24 billion into startups in 2016 alone. Their growing profile means they’ll almost certainly play a role in your startup’s journey, providing the funds you need to really get going. But like everything else in a startup’s life, you need to watch out for potential problems. If you don’t manage them properly, angels could get in the way of your startup’s success. This advice from investors and founders will help you navigate the process of raising a successful angel round while avoiding some of the long-term hassles it could create.

James Currier laughs at how little he knew as a first-time founder looking for angel investors in 1999. The more investors the better, he figured — until he had to handle the fallout of an angel round with sixteen backers.

“They want you to talk to their lawyer and their tax accountant and, before you know it, my 16 angels turned into 64 different relationships,” says Currier, a four-time serial entrepreneur and now a managing partner at early-stage venture firm NFX. “It quite quickly became almost a full-time job checking in with them and taking time to hear all their ideas.”

"I advise clients to be really thoughtful about who they bring into the seed round."


Raising an angel round is a triumphant moment for any fledgling startup. Yet as with every step of a founder’s journey, there are potential landmines along the way. Failing to manage your angels, Currier and others warn, can distract a company and hurt, rather than help, its chances of success. “They can really gum up the works sometimes,” Currier says.

The first thing to keep in mind when thinking about raising an angel round is to choose carefully. “I advise clients to be really thoughtful about who they bring into the seed round,” says Ivan Gaviria, a lawyer at Gunderson Dettmer who has been counseling Silicon Valley startups for more than twenty years. “Clients will say to me, ‘Oh, I need this person because they're connected in this industry and they're going to get me leads or whatever,’” he says. “But guess what? Everybody’s well-intentioned, but everybody’s also busy.”

In most cases, once angels write a check and get their shares, Gaviria says, “they are not going to spend a ton of time adding value to the company.” Yet Gaviria still sees entrepreneurs pursue what he and others call a “party round,” especially when founders have a well-developed network. “I’ve seen 20, 25, 30 parties, all wanting to drop $25,000 or $50,000 in an entrepreneur’s new endeavor,” he says. “They’re trying to do right by their friends and acquaintances and others who want in on the angel round, but they’re also creating headaches for themselves and their lead investors.”

Gaviria gives the example of “pro-rata rights” — the routine guarantee that angel investors can choose to buy a proportionate number of shares in a future round. “Now 20 or 25 or 30 people have to be notified and the paperwork is done for each,” he says.


This is a time to be as focused as you can on product and customers and revenue.

Serial entrepreneur Joe Beninato says he learned that lesson first hand as he struggled to keep up with his investors’ inquiries. “It’s really hard to have regular individual meetings or phone calls with everyone,” he says. Over time he developed the same approach as Currier: a monthly email is often the most efficient way of managing your angels. “I tried to be transparent about what was going on, whether it was good news or bad news,” he says. Beninato would typically end each monthly update with things he could use help with. “I’d say 20 percent of them followed up and the rest of them wrote back ‘sounds good’ or ‘thanks for the update,’ if they said anything at all,” he says.

“Sometimes an investor coming in subsequently has to say, ‘I know you gave that guy 5 percent, but that’s insane,” Beninato says. That may force you to renegotiate the angel’s role and perhaps even their equity stake — more headaches and distractions when you need to be focused on company building.

There’s no perfect number of angels. Gaviria recommends keeping the number under ten but tempers that advice by noting how subjective the question is. “Try to keep the check size at around $100,000 or more,” he advises. “Otherwise, it’s hard not to end up with a ton of people to raise a meaningful amount of money.”

Those who are part of an angel round are going to want a double-digit share of the company — perhaps as much as a 20 or 25 percent. Raise as much as possible through big checks, he says, so you can avoid creating too much of a party round.

"A monthly report helps to set both expectations and boundaries."


Yet even if founders are careful, there’s the chance that the angel relationships can cause painful moments down the road. Traditionally, early-stage venture funds allow existing backers to invest in a pro-rata basis. But the overabundance of capital in the current environment sometimes becomes an incentive to alter that arrangement. “A lot of funds are feeling pressure to deploy that capital,” says Nikhil Basu Trivedi, a partner at Shasta Ventures. “So, when a fund – especially a larger fund – gets excited about a company, sometimes they’re squeezing out other investors.” While Shasta always leaves room for existing investors, Basu Trivedi says, not all firms do.

That can leave founders feeling “caught between a rock and a hard place,” Gaviria says. “The founders are all super-excited they have this new big investor.” But that investor may be insisting the founders reduce the number of parties with pro-rata and information rights. “Then the founders have to go back and take rights away from maybe somebody who was their mentor, or the first person that was willing to write them a check when the idea was just getting off the ground,” Gaviria says. “It can become a little bit of an emotional thing.”

The takeaway: limit your investor circle and control the relationships

Ideally, your angel round should deliver the capital and runway you need to reach the milestones that will position your startup for a successful Series A. But as you seek to maximize the dollars you raise, don’t lose track of pitfalls that could make your life a lot more difficult down the road.

Aim for a few big checks—not lots of smaller ones. Be mindful of who your investors are and how many you really need. And don’t forget to set proper expectations for their roles and privileges. 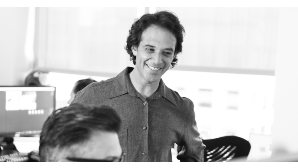