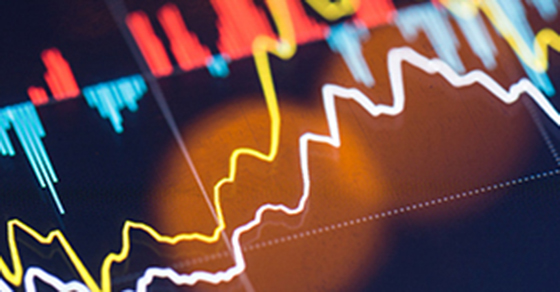 Mauritius is losing its appeal as a conduit for direct foreign investment by US venture capital funds into India-domiciled portfolio companies.

The island nation in the Indian Ocean has long served as a tax-favored hub for venture capital funds and other investors pursuing opportunities in India. A 2016 amendment to the Double Taxation Avoidance Agreement (DTAA) between Mauritius and India eliminated the favorable tax treatment for foreign capital flows, phasing it out over the two years between April 1, 2017 and March 31, 2019. Venture funds domiciled in Mauritius faced a 50% tax liability during the transition phase, and now will pay full domestic capital gains tax rates on sales of equity positions acquired on or after April 1, 2017.

The DTAA tax change hasn’t appeared to dampen foreign investors’ enthusiasm for India, based on foreign-direct investment (FDI) data published by the Reserve Bank of India, the country’s central bank. According to its figures, FDI into India hit its highest levels ever during fiscal year 2019 (ending in March), reaching USD 64.37bn2.

That said, the tax change involving Mauritius appears to have rerouted FDI capital flows into India. We compared flows into India from various countries before and after the change to the DTAA. Figure 1 below illustrates the degree to which flows from Mauritius declined while investment flows from many other countries increased. In fiscal year 2016-17—the last year before the transition period—Mauritius accounted for more than one third of foreign direct investment into India. The proportion fell to one-sixth of FDI in fiscal year 2018-2019, a decrease of about 50%.


The Indian central bank data aligns with similar trends we have seen in venture investing, a subset of FDI.3 As recently as calendar-year 2016, 82% of SVB venture clients who invested into India completed this investment activity via Mauritius. That figure fell to 37% year-to-date in 20194. We anticipate the decline for investment activity through Mauritius will continue, because the removal of the tax advantage has diminished the value proposition of incorporating in Mauritius in order to invest in India.

As an alternative, we have observed that many of SVB’s venture fund clients are choosing to invest directly out of standard Cayman-based limited partnerships (LPs) banked in the United States. Interestingly, this is also one of the observations similarly noted from The Reserve Bank of India’s data: FDI from Cayman grew by a multiple of 16 after the change to the DTAA (see Figure 1 above). This dynamic is also supported by SVB’s Foreign Exchange (FX) transaction data, where we have seen larger increases in rupee purchases by US West Coast-based global fund banking clients during 2019, when compared to 20174.


“ According to Joe O’Leary, Managing Director on SVB’s FX Trading desk, “We have seen over a 7x increase in rupee purchases from US West-Coast-based global fund banking clients in 2019 as compared to 2017. ”

This is directly related to funds no longer having to send funds in USD to Mauritius and they can now send INR direct from the US to India.

Other notable countries that have grown as FDI sources into India are Singapore, USA, South Korea, Canada, Ireland, and the British Virgin Islands. It is unclear to what extent trends in venture capital resemble the shift in FDI more broadly in these countries. Nonetheless, the data generally highlights the relative attractiveness of investing directly from an investor’s country of domicile, especially in an environment of growing scrutiny over tax-optimization structures.

Advantages of investing in India directly from home

Some of the benefits of moving away from Mauritius structures may include:

The list of advantages is compelling. That said, Mauritius offers benefits beyond tax-favored status for venture capital funds investing into India. Funds considering re-routing their India investments through other locations should be aware of the tradeoffs.

The Mauritius fund structure is well established, and the country has the benefit of geographic proximity and a shared time zone with India. These qualities have allowed relatively easy management of the payment approval process for funds arriving into India. Also, Mauritius-based entities investing into portfolio companies domiciled outside of India but deriving value from the Indian economy may generate favorable tax treatment when investing in these portfolio companies.

As funds transition away from investing through Mauritius, they lose certain operational efficiencies related to the location and must manage the India payment approval process. Foreign direct investment is regulated by the Indian banking authorities. When FDI arrives from the US, the assets go through a clearing process before beneficiaries can gain access to them. This could result in delays of as much as six weeks when errors occur in the process.

SVB’s West Coast Fund Banking clients have converted $420m of USD capital into INR for venture capital investments in 2019 year-to-date, and we have worked with a number of venture funds that have made the switch. We may be able to help you as well. We have the expertise to help smooth the transition and will help manage the process from end-to-end so that funds get cleared at the beneficiary's side in a timely manner.

Enhance yield while you wait

Many of our most active venture clients who raise USD engage in a systematic hedging strategy, use non-deliverable forward contracts (NDFs) before they deploy capital. This strategy, used by investors from retail investors to hedge funds, is meant to satisfy two objectives: 1) to protect against a rise in the rupee between the time the fund raises dollars and the time it makes its investment, and 2) to enhance the yield earned on USD-denominated capital. Since the timing of the deal closing is unknown, the strategy uses short NDF tenors (the length of time for the contract) and rolls them forward as needed.

Figure 2 below shows a snapshot of current NDF prices across tenors, along with the annualized discount for buying rupees provided by each.


The prevalence of this yield enhancement strategy has led to a preference for shorter dates. This dynamic has created greater USD selling pressure at the short end of the curve rather than at the long end, resulting in higher yield pick-up for NDFs with longer tenors (in this example, as of November 2019). Depending on your specific timelines, we can work with you, to help guide you as you decide on optimal hedging tenors/timeframes matching up the timing of NDF cash settlements with capital injections.

Contact your Silicon Valley Bank representative if your fund invests in India or is considering doing so. We can work with and help guide you, as you determine the best location for your investments, manage your asset transfers efficiently, and hedge FX risks, as you strive to make the most of your India investments.

3 Foreign Direct Investment (FDI) is the investment through capital instruments by a person resident outside India (a) in an unlisted Indian company; or (b) in 10 percent or more of the post issue paid-up equity capital on a fully diluted basis of a listed Indian company.

5Non-deliverable forwards are outright contracts for non-convertible foreign currencies, which are cash-settled by using the difference between the agreed forward rate and the spot rate on the fixing date, which is usually 2 working days before the settlement date.

Written by
Ivan Asensio, Ph.D.
Ivan Asensio is responsible for delivering strategic risk management advice to clients through direct and iterative dialogue and tailored consulting engagements.
Written by
Bobby Donnelly
Sign up for insights from across the innovation economy
Subscribe now