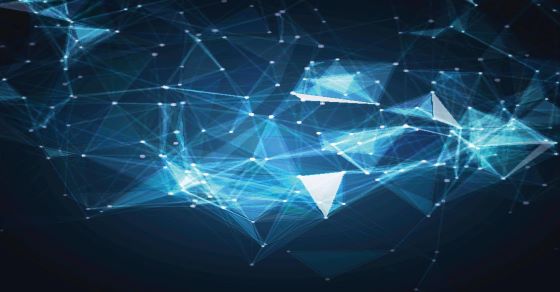 The most exciting pockets in the world of ‘data analysis’ as applied to financial markets are not associated with the traditional datasets we have long relied on for explanatory and forecast modeling such as macro-economic indicators, asset prices, trade and capital flows. They are not exciting, which is to say they are not as insightful or predictive especially as applied to currencies, for three reasons:

Low frequency data refers to time-series data collected at infrequent, but generally regular, intervals. US GDP output, for instance, is reported quarterly, while US inflation is a monthly number. The potential to gain insights from just 4 or 12 data points a year is limited, especially if the target variable trades 24 hours a day, nearly 7 days a week.

The juice has been squeezed

Traditional datasets have been data-mined to death by academics, algorithms, and artificial intelligence mandates, and so their ‘predictive’ power has been exhausted for the most part. One way to validate this, on a de facto basis, is by tracking the performance of professional currency managers on delivering alpha, excess return over market returns, from active management. BarclayHedge, purveyor of financial market data and indices, formerly published an index1 which was meant to be representative of the collective performance of those who trade currencies for profit. The index units are arbitrary, it is the relative change that is informative. The general rise in the index over the decade ending in 2015 illustrates the collective growth of profits for the sector as a whole. Fortunes, however, clearly reversed after 20152. In fact, the index itself was discontinued in 2019, likely a function of the deterioration and disinterest in the space from professional money managers. 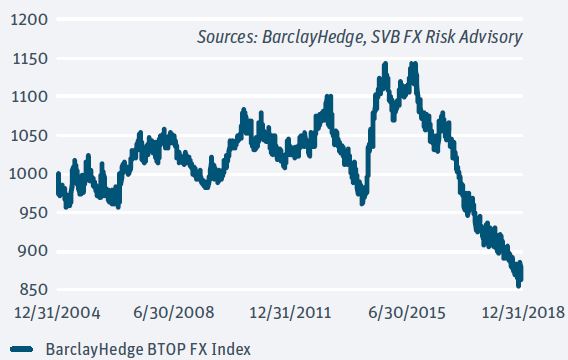 Measurement and reporting of macro-economic data is an involved process requiring meticulous attention to detail and the efforts of many. Yet, measurement error is inevitable, and many times it can persist for years. It arises over time due to changes in the economic interactions of agents, technologies, and/or individual tastes, preferences, and behaviors.

For example, the United States started publishing the Consumer Price Index about 100 years ago to serve as the country’s leading measure of inflation. Since then, there have been only a handful of revisions to the method of calculation, with the last one in the 1970’s. Yet, the way Americans live, and how and what they spend their money on has certainly changed since then such that inflation, as reported, may not accurately reflect what individuals and business are experiencing. Residents of major metropolitan areas, for instance, have been told that inflation is running ‘below’ Fed expectations for most of the last decade. However, the cost of housing, along with many expenses associated with housing, have been rising at a rate is 2 to 3 times faster. Inflation is being under-reported, according to persons living in major metropolitan areas, and by many measures. However, making a change is to the method of calculation is generally a prohibitively involved and costly process so we continue to use what we have. 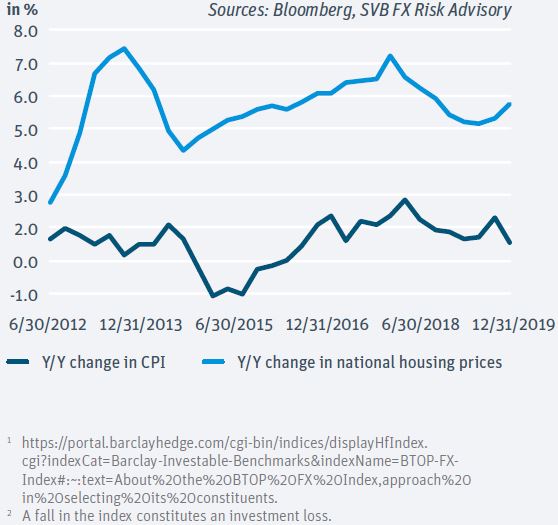 Our focus on alternative, non-traditional data sets, is based on the premise that data which is harder to get, has not been excessively data-mined, and is available at higher frequencies, has a greater potential to be insightful and useful.

PRODCO, an analytics company that focuses on tracking solutions, publishes an index that electronically tracks retail traffic in North America (ticker: RTRFIWOW). This index can serve as a suitable proxy for economy re-opening efforts following the COVID-19 outbreak. Retail traffic has risen as shelter-in-place orders have been lifted. Along these lines, asset prices have also recovered as the economy has started to open up. The chart below validates this link between retail foot traffic (a proxy for economy re-opening) and asset prices. We track the evolution of the index against a US retail exchange-traded fund (ticker: XRT) and the Mexican peso to US dollar exchange rate, generally considered a barometer of risk appetite for FX markets. The Mexican peso was one of the weakest currencies versus the US dollar following the COVID-19 shelter-in-place order. As the economies globally have started to re-open, the currency has recovered. In fact, the Mexican peso was the strongest of all majorly traded currencies for the month of May. The timing of the recovery came shortly after the sharp trend reversal in foot traffic. US-based SVB clients with peso expenses may be well-served taking action to prevent further price increases.

Retail foot traffic data may not change much from one week to the next during ‘normal’ conditions. However, during stressed times, peaks, valleys, and trend reversals for this data may provide useful insights for the recovery of asset prices especially as we navigate the COVID-19 reality. In fact, as evident from the chart, the retail traffic data has served as a ‘leading indicator’, as it bottomed out well before the asset prices. A resurgence of COVID-19 cases would immediately curtail retail foot traffic, and potentially signaling what is to come for investor risk appetite and for high-beta currencies such as the peso. 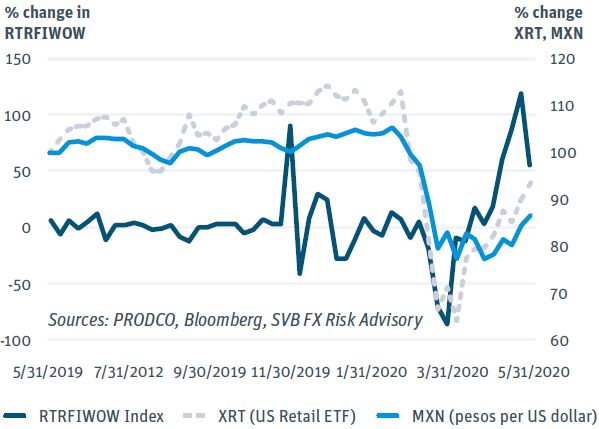 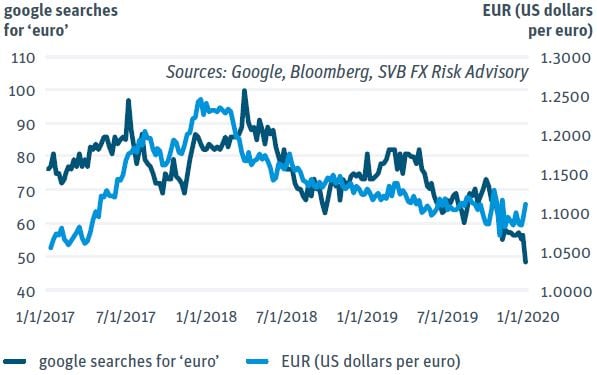 Supported by a +50% level on level correlation, interest in euro rises and falls with the level of spot, generally-speaking, over this time period. Because this is search data for the US, it seems there is more sensitivity to a stronger euro, and less so for a weaker euro. Our client base, predominantly buyers of euro, would attest to this. There is more concern about potential losses, than interest in windfalls. Potentially, European tourists would similarly have more concern about the rising cost of their ouefs cocotte breakfast overseas.

Google search history does not seem to be a leading indicator, but rather it is acting as a lagging indicator. Historically, it has trended higher but only after a currency has established its own trend higher. In this case, the non-traditional dataset may be used to validate that a subsequent reversal higher in the euro will be sustained, if and when this does occur. (Note: As of June 2020, consensus forecasts by Bloomberg contributors, including SVB, point to a higher euro by year-end 2020 and 2021). A stronger euro would be a financial pain-point for US-based high-growth technology companies, primarily in the enterprise software sector, who price subscriptions are in USD, but may have euro-denominated operating expenses. Companies facing such asset/liability mismatches may be well-served taking action or carrying out the necessary steps to do so once the currency move occurs.

The use of non-traditional data sets is a powerful tool to uncover useful insights in global financial markets. In this and in future publications, we hope you find our advances in this arena interesting, insightful, and helpful as you make informed decisions about currencies and global expansion.

Contact Us
For more information on this article, contact the author, Ivan Asensio, Head of FX Risk Advisory, at iasensio@svb.com

For more analysis on FX markets or information regarding SVB’s FX services:

See all of SVB’s latest FX information and commentary at www.svb.com/trends-insights/foreign-exchange-advisory

The FX Navigator is a bi-annual publication that summarizes key foreign exchange themes from the past six months and provides a view to the next six months of the year.