The battle against inflation has become more complicated

One thing that became abundantly clear during the month of January is the Fed is locked and loaded on its path towards tighter monetary policy. During the month, the minutes from the Fed’s December meeting were released. The Fed also met in late January, providing equity and bond market investors two opportunities to assess the Fed’s 2022 plans.

The December minutes and the January meeting indicated that the members of the Federal Open Market Committee have become increasingly concerned about inflation, which came in at an eye-popping +7.0% year-over-year for December, and as such are telegraphing an early resumption of interest rate hikes and a faster taper than anticipated. Perhaps most striking is the notion that the Fed would consider a true reversal from quantitative easing, with a focus on shrinking the balance sheet. 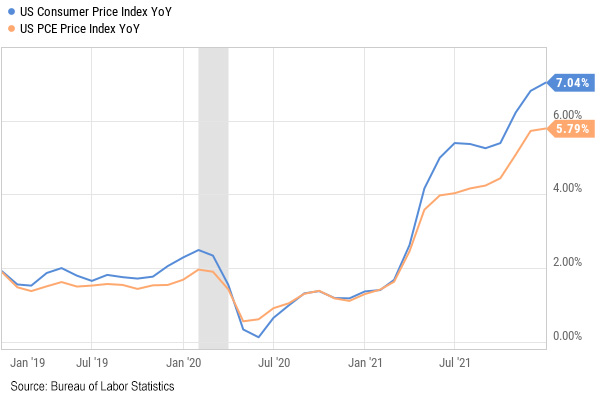 The challenge with the current state of affairs is the inflationary forces against which global central banks are battling is not just demand driven; they are the result of meaningful supply chain disruption. While nothing meaningful has changed in terms of the timing of the Fed’s moves, our view is that the risk is an upside surprise in inflation through mid-year which pushes the Fed to get more aggressive; this risk is being priced into the bond markets already, with the probabilities for 5 to 6 interest rate hikes rising by the week.

The issue is the Fed has also acknowledged that the supply side is the primary reason for higher inflation, and tighter financial conditions have a more direct impact on the demand side – and may not transmit as easily to the supply side. In short, it comes down to whether or not the Fed can actually deliver on its desired outcome or if it will be setting up the economy for a demand slowdown without price improvement.

While the negative implications of persistent above trend inflation on the economy and markets are evident in everything from consumer confidence surveys to corporate earnings releases, the bigger Fed policy mistake that could be made is taking a less measured approach to raising rates, and thus forgoing the opportunity for supply and demand improvements to dampen inflation together through the back half of the year and into 2023.

The case for duration management across an entire portfolio

In the investment world, when duration is discussed, it is generally within the context of a bond portfolio. Managing duration is one of the most critical parts of fixed income portfolio management, as duration is a measurement of a bond's interest rate risk that considers a bond's maturity, yield, coupon and call features which translates easily to how sensitive a bond's value may be to interest rate changes.

Positioning along different parts of the yield curve is another way duration management can be described, and the tactical management of portfolio duration, particularly in environments where interest rates are changing, can add or subtract meaningful value. So why then do we keep discussing duration in stocks?

With the recent move higher in yields, there has been a focus on stock market valuations, and stocks that that have a significant proportion of their fundamental value associated with future cash flows have been discounted heavily by investors.

While these declines may have started during the fourth quarter, they have accelerated into January as investors were forced to apply a higher discount to this pool of cash flows in order to reflect the higher rate environment. As such, a portfolio comprised of stocks with high growth rates and low cash flows and/or margins AND a portfolio of bonds out even a few years on the yield curve has lost value, thus diluting the intended effects of portfolio diversification.

January was a challenging month. The S&P 500 fell by -5.17% while the Bloomberg/Barclays Intermediate Gov’t/Credit Index was also down, albeit by only -1.47%. However, bonds and stocks have historically been inversely related, meaning that when stocks sell off - usually due to economic concerns or exogenous shocks – investors flock to bonds for protection and the relative safety they have offered due to their higher place in the capital structure.

However, in this environment, investors are wary of the compression in bond prices which will occur as yields rise, and thus are seeking opportunities outside of this traditional balanced portfolio – in areas such as private real estate, commodities, and assets such as energy stocks, that benefit directly from inflation. As a result, duration management of one’s entire portfolio has become increasingly important. Determining near term needs for liquidity and balancing those with the desire for long term growth are complicated by the current market environment.

While long duration equities are challenged, for many of these companies, the outlook for the creation of future earnings remains strong, and at a certain point, the prices for these assets will reset to a new equilibrium at which point the price reflects that value. We believe the next several months will continue to be challenging, but that as inflation improves in the back half of the year, investors will once again warm to the best of this group. 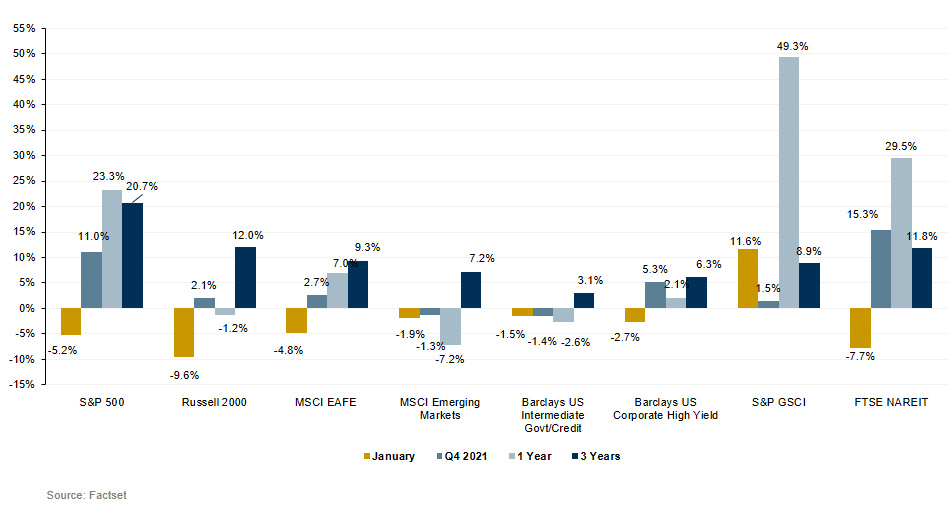 Examining the impacts of the Ukraine conflict

The situation in Ukraine has become increasingly tense over the last two weeks with reports via CNN indicating that approximately 70% of the necessary personnel and weapons for an invasion of the country by Russia has been assembled at the borders. French President Emmanuel Macron met with Vladimir Putin in an attempt to de-escalate the situation, while U.K. Prime Minister Boris Johnson stated that the situation was at, “its most dangerous moment” in an address on February 10th.

While clearly the threat of military conflict creates concerns from a geopolitical and social perspective, there is little evidence that that the current tensions will have a negative impact on the equity markets, if history is any guide. Even if the conflict in Ukraine was to escalate to a more significant conflict, returns during large scale military conflicts that the U.S. has engaged in going back to World War I have yielded above average returns.

Perhaps the biggest challenge with this particular conflict, however, relates to the continued move higher in energy prices on fears of potential disruption to supply. And despite the steady move higher in prices, OPEC+ remained committed to its current pace of supply increases in order to gradually get back to 2019 supply levels. While this comes as a welcome surprise for energy sector investors, oil prices now sit above the $90 per barrel mark for Brent as well as WTI, and with energy representing the most volatile part of CPI, any extension of the recent upward pressure on oil and gas will create another headwind for central banks fighting to get inflation under control. 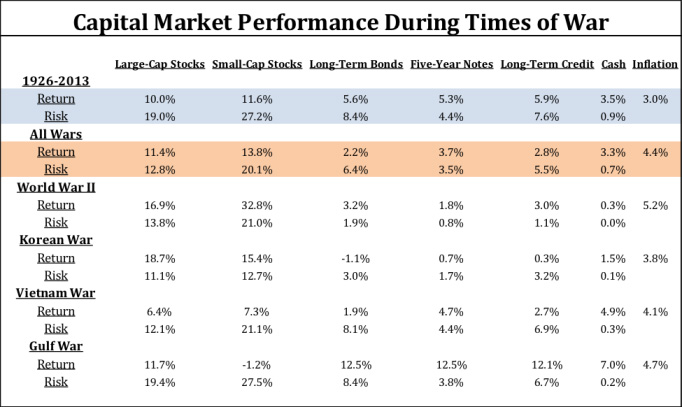 Of our three areas of focus for the year, two of the three – inflation and monetary policy – were responsible for the volatility we experienced during the month of January. While the January CPI print was hotter-than-expected, supply chain issues associated with Omicron-related absenteeism and backlogs at ports should continue to improve over the next several months, which should allow the Fed more latitude to continue to be data dependent as it begins hiking interest rates.

We encourage you to reach out to your SVB Private advisor for a deeper discussion on the points above, or a review of your current plan to ensure it remains aligned with your long term needs and goals.