Revisiting the predictive powers of the yield curve

In what was perhaps the most widely telegraphed move ever made by a central bank, the Fed announced an increase of 0.25% (25 basis points) to the target fed funds rate during its March meeting. While the decision to raise rates from the lower bound of zero came as no surprise, the tone of the statement and the changes to the dot plot were modestly more hawkish than expected.

While there was conjecture that the Fed would consider a 50 basis point hike – which would have been supported by the lone dissenter, St. Louis President James Bullard – Fed Chair Jerome Powell made it clear that it would be 25 bps in March, but kept the door open for the rest of the year during a speech to the National Association of Business Economics.

After last month’s move, the Fed is now projecting another six rate hikes for this year, with four additional hikes in 2023. These projections are consistent with the Fed’s view that inflation is the biggest challenge facing the U.S. economy in 2022, but that the strength of the labor market and the persistence of consumer demand would cushion the impact of higher borrowing costs and tighter financial conditions.

The equity markets appeared better prepared for the more hawkish tone than the bond market, as the spread between the 10 Year Treasury Yield and the 2 Year Treasury Yield is one of the most watched indicators in the U.S. economy and is flashing strong warning signs after inverting in early April. As a reminder, this spread was at 0.85% (85 basis points) to start 2022.

Powerful conclusions regarding the market’s assessment of growth, inflation and future Federal Reserve action can be garnered from this straightforward, accessible indicator. Broadly, the market’s assessment of future growth and inflation is reflected in the yield on the 10 Year Treasury, while expectations for short-term interest rates (controlled by the Federal Reserve) can be derived from short maturity Treasuries. Accordingly, an inverted yield curve occurs when short-term Treasury rates are higher than long-term Treasury rates. 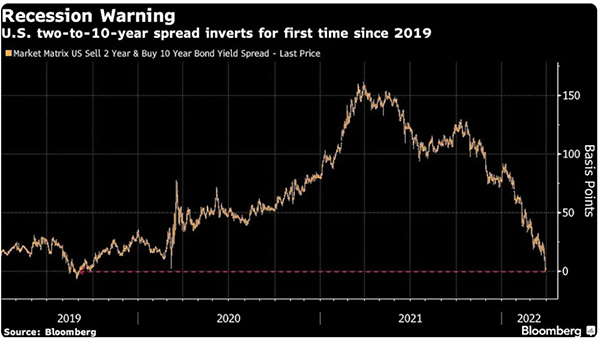 With that said, there is evidence that the economy will slow on the back of continued supply chain disruptions, higher prices, and less accommodative policy, both fiscal and monetary. The biggest challenge facing the global economy is the potential for a sharp decline in consumer spending due to higher prices. A sharp spending decline would result in a recession and would likely take some time for the decreased demand to push prices lower given the stickiness of wage increases and higher input costs. As such, we believe the importance of consumer spending cannot be understated in this environment.

One thing that is clear coming out of the depths of the pandemic is that the relative performance of the global economy rests in large part on the shoulders of the consumer. When considering the U.S. economy in particular, consumer spending typically represents approximately 70% of GDP, and therefore as the consumer goes, so does the economy.

In 2021, U.S. real GDP rose by +5.7%, with personal consumption expenditure up by a whopping +7.9%. The year-over-year comparison to 2020 was skewed by the marked decline in consumer spending due to pandemic induced lockdowns, and as such, there is a justified level of concern that the consumer strength we enjoyed in 2021 due to a release of pent-up demand is not likely to persist.

There are fundamental reasons that this is likely the case. Fiscal policy was highly supportive during the pandemic, with $4.6 trillion transferred to businesses and consumers from the US government. While most of that was saved - somewhere in the neighborhood of 75% - it is unlikely that all those funds will be released back into the economy, particularly as the threat of recession grows in the coming quarters.

Additional stimulus in the form of the Build Back Better program was expected to support further spending; however, expectations for the scope and size of that program are more muted as we move closer to mid-term elections. Higher prices are also weighing on consumer sentiment, and as prices increase for necessities such as food and energy, consumers are indicating, at least in surveys, that they are likely to spend less on discretionary services such as dining out and vacations against this more challenging backdrop. The gap between higher income and lower income households will continue to increase in the coming quarters, as the percentage of monthly spending on energy for lower income households is much higher. 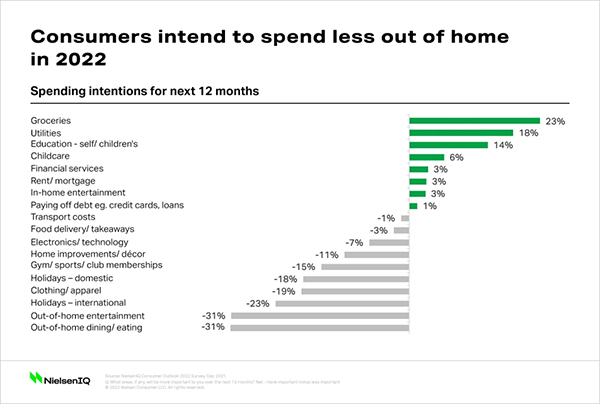 Given the pressures on consumer spending, it comes as no surprise that forecasts for GDP in 2022 have come down markedly. The Fed, during its last meeting in March, lowered its growth expectation for the economy to +2.8% for this year, down from +4% in December. While wages are (finally) rising after remaining flat in the decade after recession of 2008-2009, real wages remain in negative territory as prices are climbing at a faster pace.

Even for those consumers who have experienced wage increases and have strong household balance sheets, there may be a lull in spending on goods, as they might be content to wait out higher prices given the perception that some of the elevation is due to geopolitical events and scarcity, rather than a new elevated pricing paradigm into the foreseeable future. While the backdrop is more challenging, our view is that the fears regarding higher prices and a pending recession will be offset by continued emphasis on experience spending despite survey responses that appear contrary to that narrative.

The problem with China

Emerging markets equities have underperformed the U.S. meaningfully over the course of the last decade. However, prior to the financial crisis, they had been a more attractive option based on the higher economic growth rates and supportive demographics offered by these economies. The challenge with investing in these countries, however, has been the potential for sweeping policy changes to that disadvantage foreign investors, or create economic instability which counteracts the potential tailwinds of a growing consumer base and increased urbanization.

As outlined in our January CIO Note, our view was that coming out of 2021, when Chinese stocks meaningfully underperformed the MSCI EM index, the improvement in Covid-19 and the Chinese government’s own rosy assessment of its economy were pointing to a rebound in Chinese stocks. 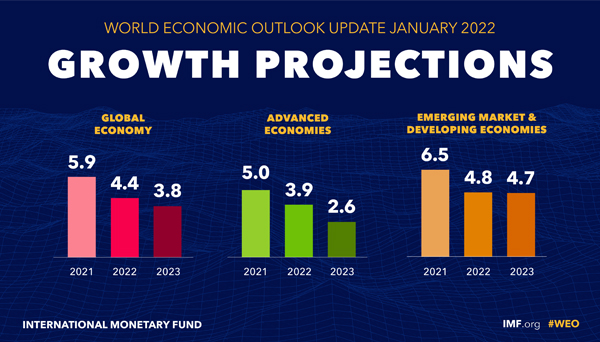 However, a new local Covid-19 outbreak, tech company stock de-listings and the potential for China to insert itself into the Russia-Ukraine conflict are creating another wave of worry for investors. Even if China does not choose a path that would expose it to sanctions, the Biden administration could consider the current state of the Russia-China relationship as grounds to maintain the tariffs that are set to expire this summer. This will do little to ease pricing pressures.

With many investors exposed to Russia and China within passive and active emerging market equity vehicles, the expectations for a strong year for these investments have lost some of their shine. However, in our opinion, it is too early to consider a shift in our positioning given our longer term optimism. 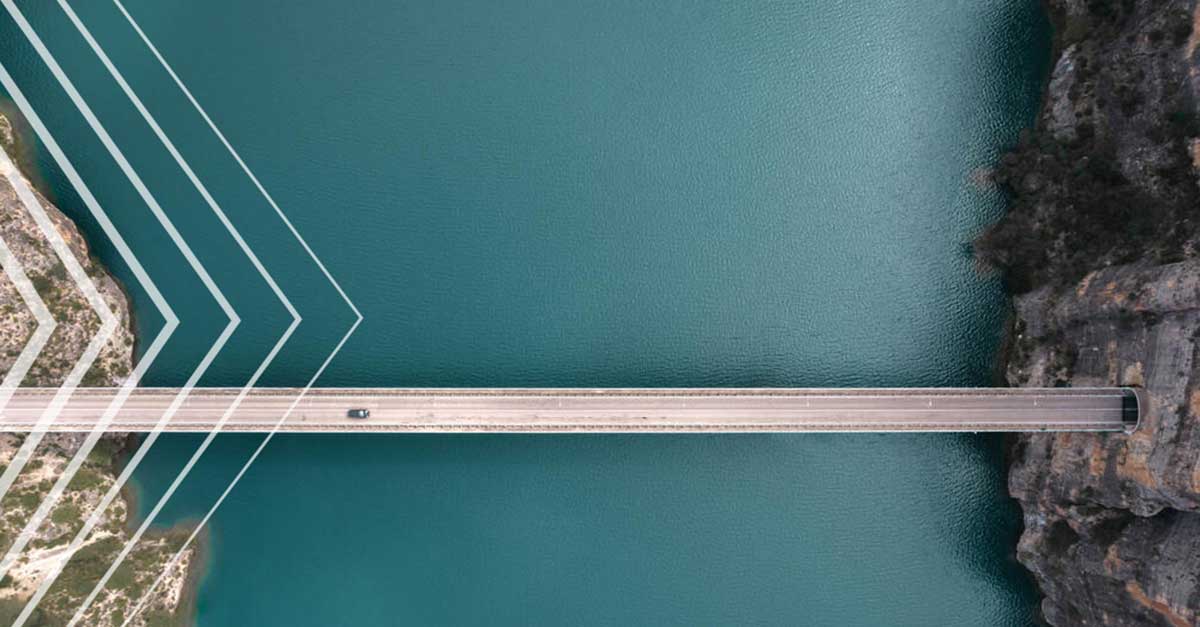 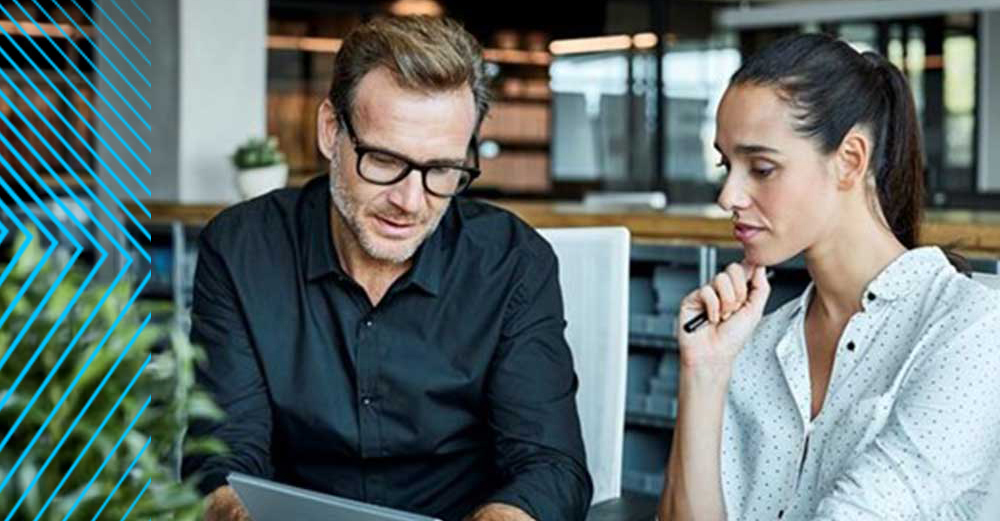 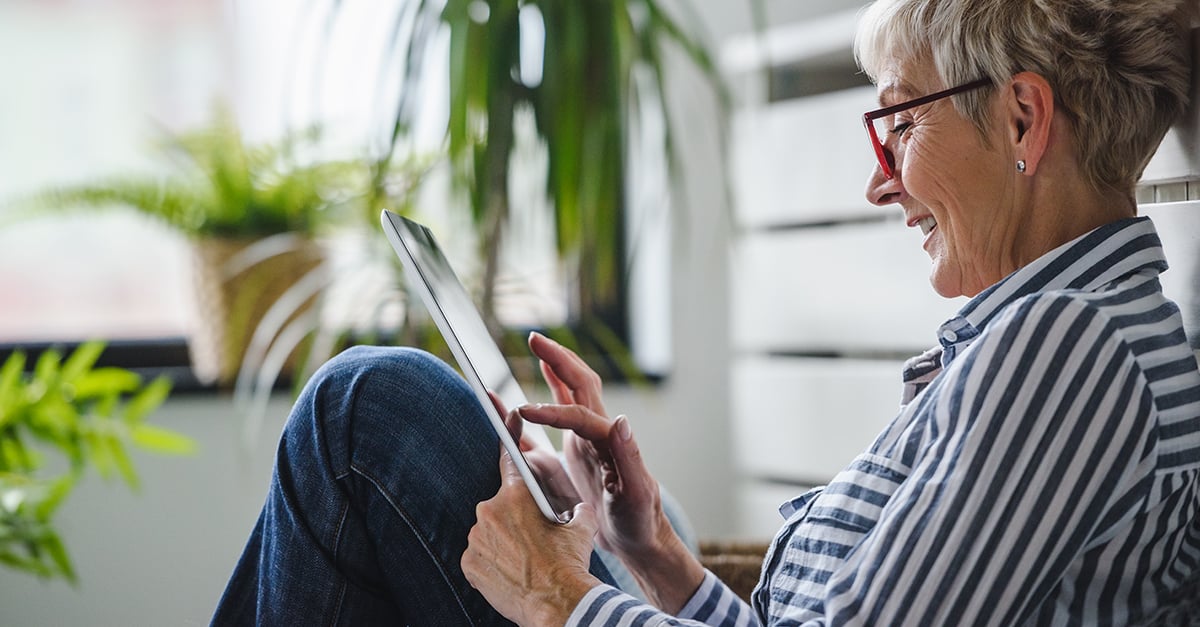 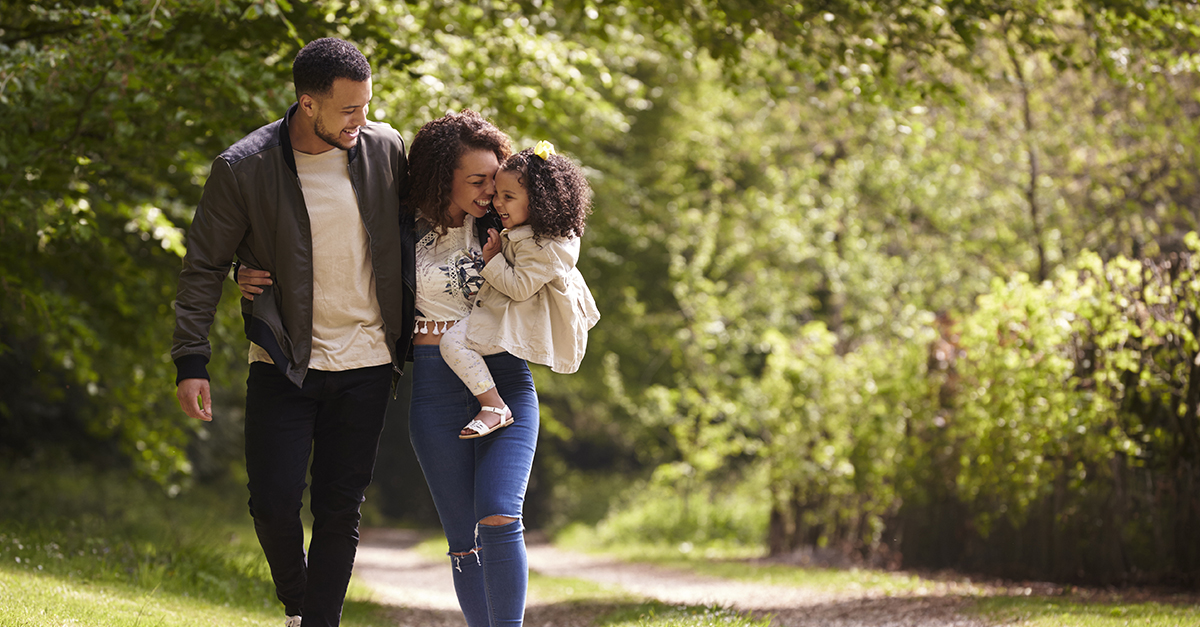 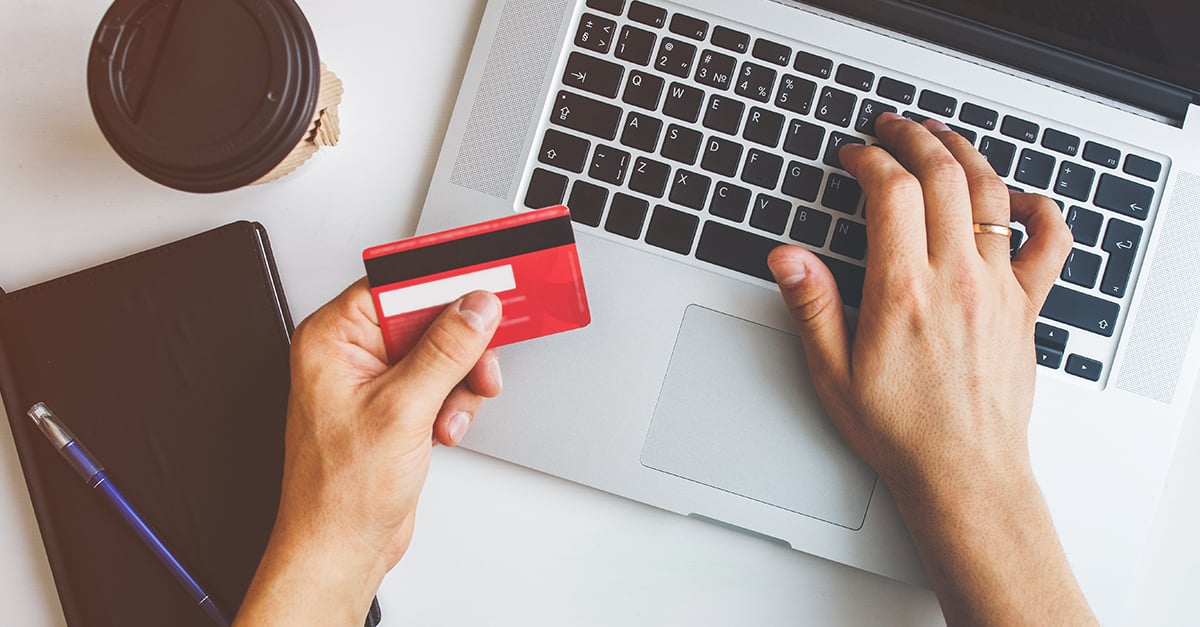 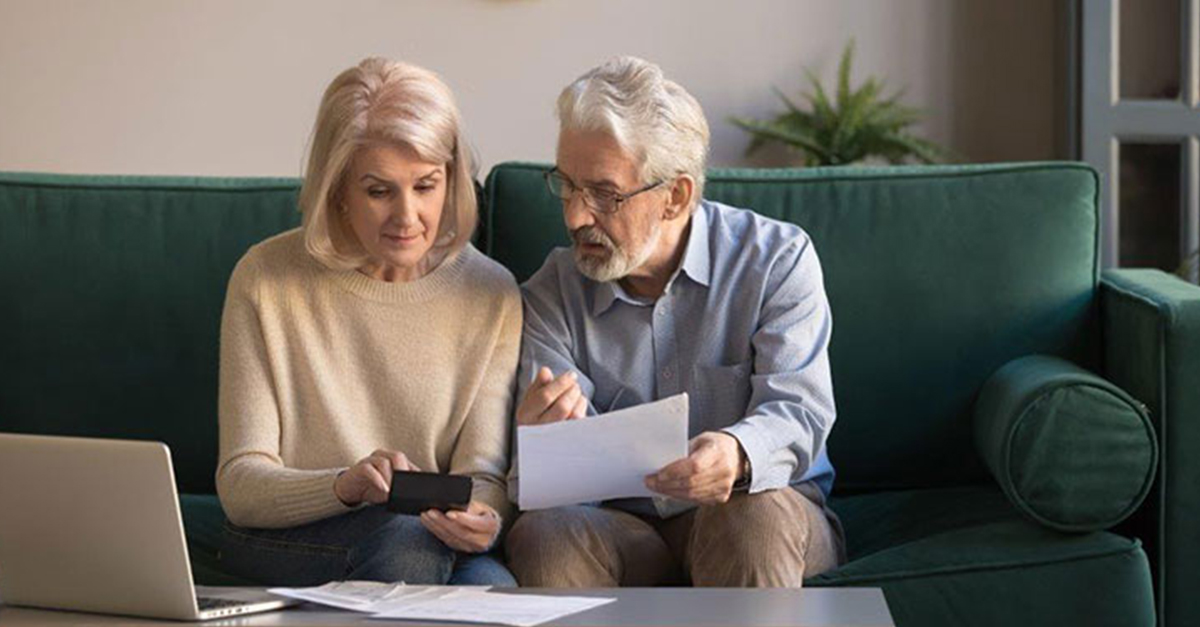 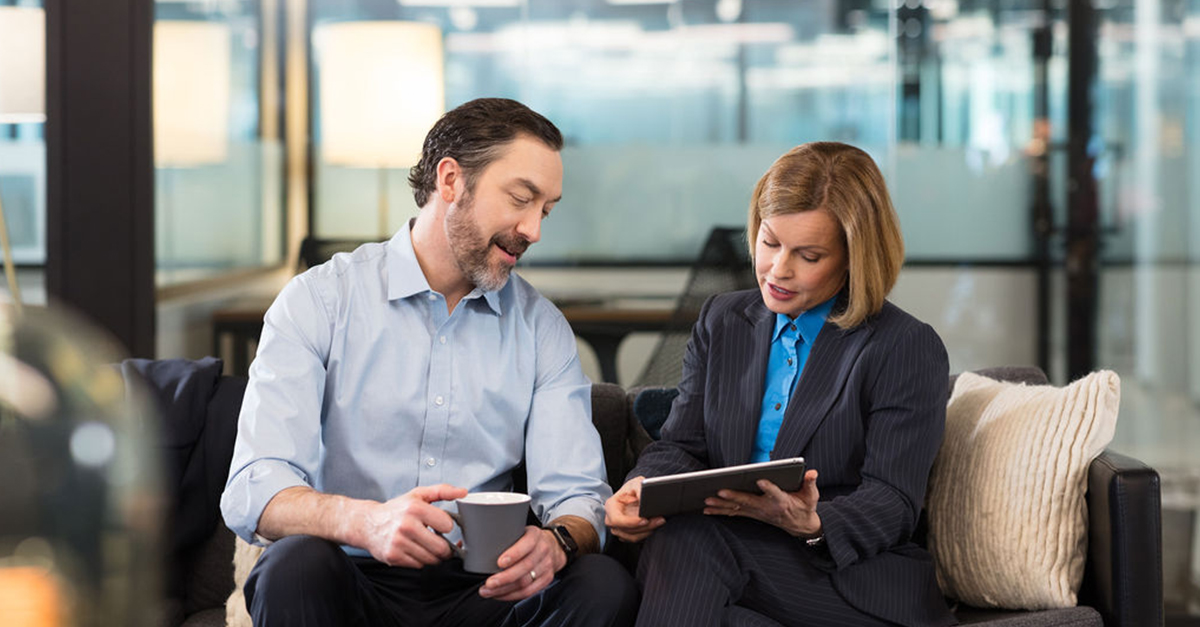 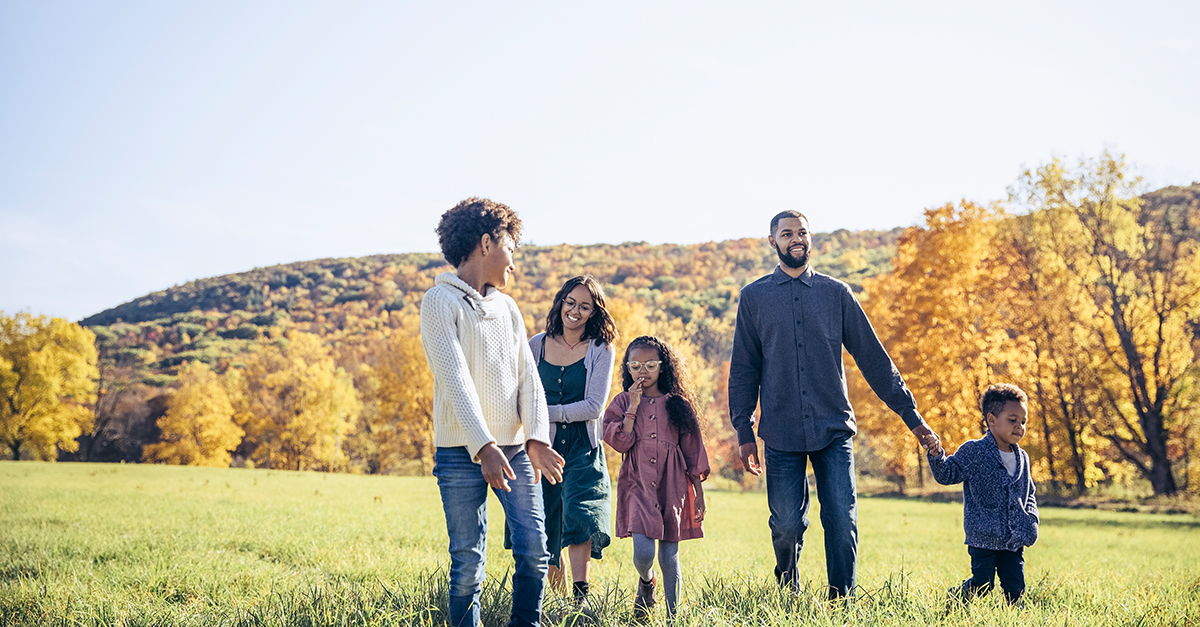 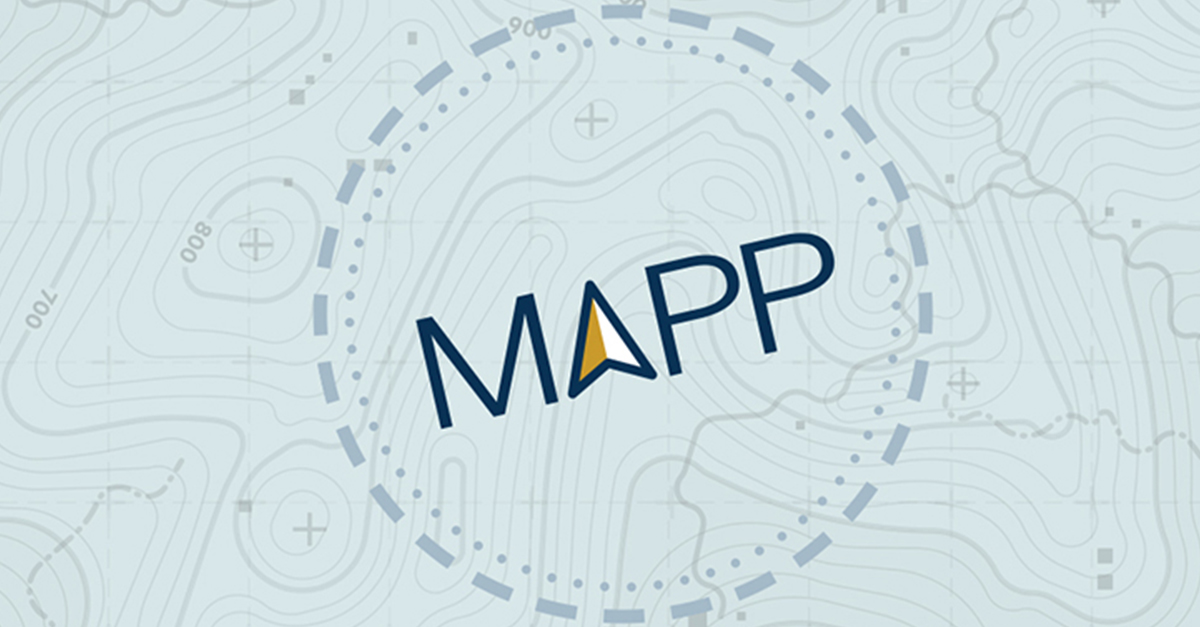