People
Derek Osbahr
The dollar continues to rally this week after the US Federal Reserve minutes were released yesterday following a continued hawkish message. The dollar rallied on the back of the release with the DXY jumping to its highest level since May of 2020. Oil prices fell sharply yesterday afternoon, but have already begun their recovery this morning.
“If you can’t fly then run, if you can’t run then walk, if you can’t walk then crawl, but whatever you do you have to keep moving forward.”
Dr. Martin Luther King, Jr.
Contact Us

Contact your respective SVB FX Advisor or the SVB FX Advisory Team at GroupFXRiskAdvisory@svb.com.
See all of SVB's latest FX information and commentary at www.svb.com/foreign-exchange-advisory 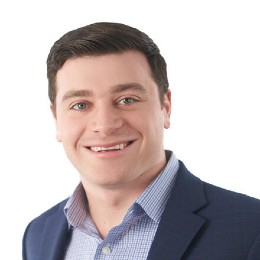 WRITTEN BY
Derek Osbahr
Derek Osbahr is a senior associate on the FX Risk Advisory team at Silicon Valley Bank in Boston.

FX Weekly: US dollar sell-off pauses amid fears of continued Federal Reserve rate hikes tipping the US economy into a deep recession

Neil Dave
Read more
You are now leaving Silicon Valley Bank (SVB)
You will be directed to a different website or mobile app that has its own terms of use, visitor agreement, security and privacy policies. SVB is not responsible for (and does not provide) any products, services or content at the third party site or app, except for products and services that carry the SVB name.
I understand, let's proceed Stay on SVB.com