Waiting for the worst

With COVID-19 likely to peak in the United States over the next week, at least for the time being, investors and businesses alike are trying to look for the light at the end of the tunnel – and wondering what will be there when we emerge.

March offered very little in the way of good news for governments, businesses, or individuals. The spread of the virus continued, and social distancing guidelines and shelter-in-place/stay-at-home orders brought many parts of the U.S. to an economic standstill.

The U.S. consumer has left the building. With 16 million jobless claims over the last three weeks, and small businesses worried about having enough money to remain open for even a few weeks, much less a couple of months, the full economic impact of the decision to restrict social engagement to combat the spread of the coronavirus is not yet known. However, it has become very clear that the response to the pandemic here in the U.S. is markedly different than any previous public health policy response, and as such, initial economic expectations have been revised sharply lower. While the range of these expectations is wide – given the small amount of data available from governments and companies at this point – GDP declines of over -20% for the second quarter, and an unemployment rate well north of 15% by the end of April, are not out of the question.

In reviewing quarter end performance, it is not surprising then to see the significant pain endured by investors – unless you came into 2020 with a portfolio of dollars and Treasuries. Risk assets across the board have seen a significant loss in value, with lower quality asset classes leading the declines. Value stocks, high yield bonds, commodities, and cash strapped municipalities all took it on the chin in the quarter. Even using a three year return, the only major asset classes that closed the period positive were large cap domestic stocks and investment grade bonds. Through the end of March, the S&P 500 was down -19.6% year-to-date, and small cap names, not surprisingly, were off over -30%. Europe has been hit hard by the virus, with the spread in Italy proving a cautionary tale on social distancing applied too late. International developed stocks are down -22.8% year-to-date, while emerging markets equities declined -23.6%. High quality government issues performed well in the quarter while corporate credit suffered. High yields bonds were hit hardest, as they were already an area of concern for investors prior to the crisis, and these declines were exacerbated by the sharp drop in the price of oil.

As we have outlined in detail in our previous communications, the response to the current crisis has been multi-faceted and broad. Monetary stimulus through the Federal Reserve was initially by the book, with a sharp interest rate cut to effect a zero interest rate policy, and a commitment to purchase government securities in the secondary market. The latter program was extended and others added as financial conditions tightened, and at this point, the Fed is providing support to the government bond market, corporate credit market – including certain non-investment grade issues - money market funds, and small businesses, both directly and through participation with banks through their support of the Paycheck Protection Program. Fiscal stimulus, too, has been meaningful, with Congress passing a $2.3 trillion stimulus package – on top of two smaller, more targeted coronavirus related packages – designed to provide funds for direct cash payments to U.S. taxpayers, increased unemployment benefits, and loans and grants designed to help small businesses weather this storm. Similar actions are being taken outside of the U.S. too, with a concerted global effort to create a supportive financial environment as well as infusions of cash into economies to counteract significantly lower demand. Financial markets are exhibiting improvement in liquidity, if not necessarily performance, but more economic data – and most importantly time – will tell if the fiscal stimulus has been effective enough to stave off a sustained recession. 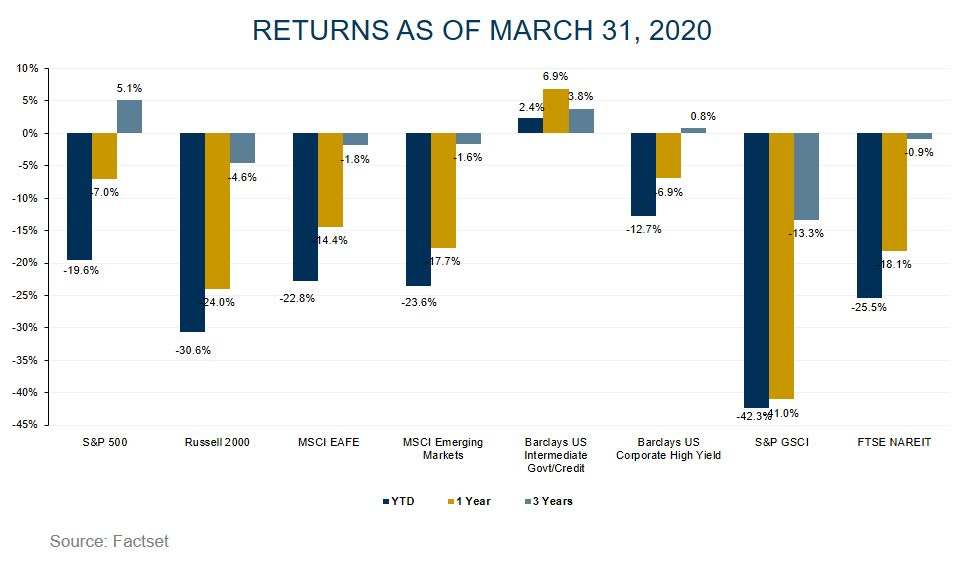 Coming into 2020, we expected the election to be the primary focus for investors. The Phase One trade deal with China was in the books, the Fed was anchored, and unemployment was low, creating a supportive environment for modest growth. However, the election landscape was clouded – and crowded! – as the Democratic hopefuls were split into two camps, and the current Administration was riding high on a soaring stock market and solid economy. Of course, things have changed. Former Vice President Joe Biden appears the clear nominee for the Democrats, COVID-19 has become a global pandemic, and President Trump has been limited by social distancing to connecting with his base through somber daily press conferences. Traditional “campaigning” on both sides, apart from the occasional political advertisement or tweet, has ground to a halt.

While we are likely to see a return to normal election activities as we move through the summer, this year actions, rather than words, are likely to color the outcome of November’s election, both for President and within Congress. Clear challenges around the management of public health crises have brought to light the gaps that exist in our health care system, and the importance of defining state versus federal rights and responsibilities in fighting this type of battle. The massive job losses we have experienced are concentrated in low wage workers who have not participated to the same extent in the economic expansion we have enjoyed for the last decade, and may amplify the calls for additional economic stimulus and/or tax law changes. Finally, voters appear frustrated with the playing of politics in this environment, as we look to Congress to act decisively and in the interest of those most in need. The response to this crisis will prove critical to all who are listed on a ballot in November, and voters are most certainly watching.

What we’re watching: unprecedented is a word that can be used to describe much in our day to day lives over the last several weeks.

The challenge with creating forecasts during times such as these is that historical comparisons may or may not prove relevant amidst the extraordinary actions being taken to combat a global pandemic, while also attempting to avoid a prolonged global recession. The next several weeks will prove critical to determine how successful policymakers globally have been in doing so, and while there is much still unknown, we believe that a foundation is being built for economic improvement. 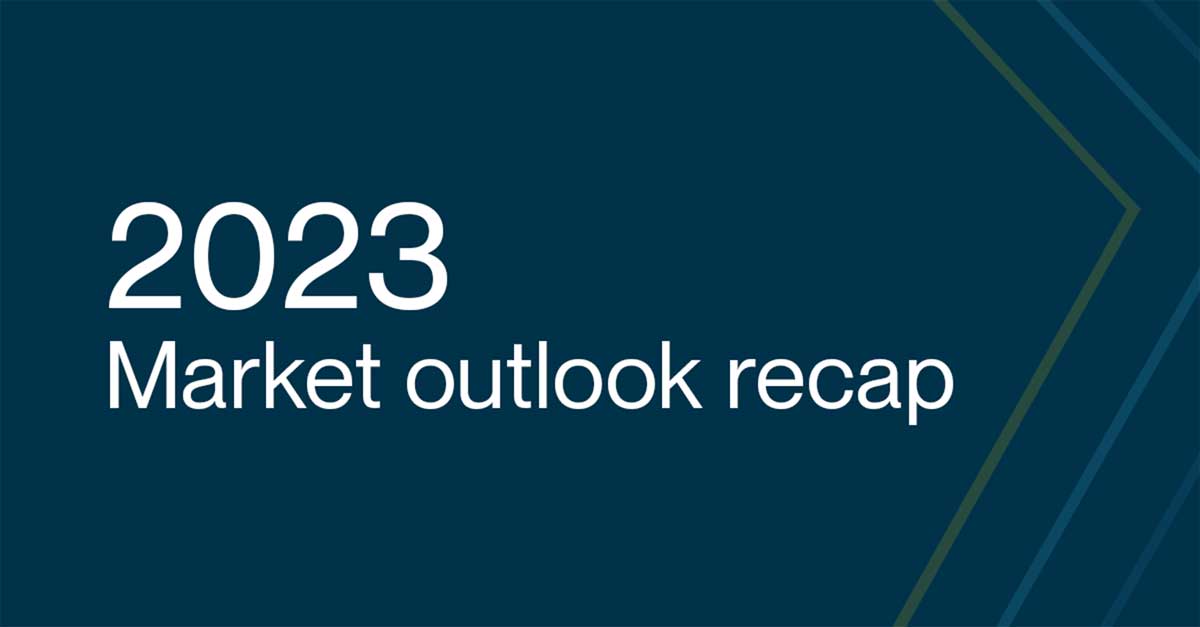