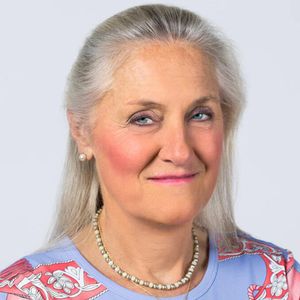 Joan Parsons has devoted her career to the success of some of the world’s most innovative companies while holding a variety of leadership positions at Silicon Valley Bank. She has been with the bank since 1994, and has been instrumental in its growth and evolution over nearly three decades, serving as a key architect for numerous SVB business units.

Prior to leading the Specialty Commercial business, Joan supported rapid growth in the EMEA business, serving as a member of the EMEA Management Committee, EMEA Credit Risk Manager and Co-General Manager of Germany Branch.

In her SVB career, Joan has worked to expand the bank’s capabilities, launching and leading numerous businesses, notably Corporate Finance, Sponsor Finance and Mezzanine Finance. In 2012, she oversaw the opening of SVB’s first London office. She has also deepened the bank’s sector expertise in foundational areas of the business, including Life Science & Healthcare and Climate Technology & Sustainability. Joan has held leadership positions including Chief Banking Officer and Head of US Commercial Banking. She was also a member of SVB’s Executive Committee from 2011-2017.

Joan envisioned and founded SVB’s Associate Development Program, now the most sought-after lending training program for bankers to the innovation economy, and advises SVB’s diversity, equity and inclusion programs. She is also deeply involved in SVB’s philanthropic programs and serves as member of the SVB Foundation Board.

Before joining SVB, Joan served in a variety of corporate banking roles at Fleet Bank of Massachusetts, Barclays Bank PLC and Mellon Bank.