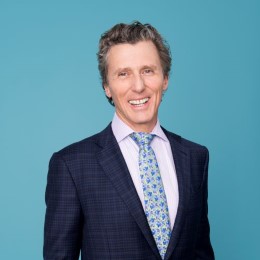 Aaron began combining his passion for cycling and philanthropy in 1984, cycling from Boston to Los Angeles, raising more than $200,000 for Oxfam America. He is a founder of the Hearst Castle Best Buddies ride, has raised more than $3 million for Best Buddies and serves on the international board.

Aaron has been an ambassador for the sport of kiteboarding since 2000. He has introduced numerous entrepreneurs and investors to the sport, creating a community around the globe.

Aaron graduated from Wesleyan University with a bachelor’s degree in economics and African studies and earned a master’s degree in finance and public policy from the John F. Kennedy School of Government at Harvard University. Aaron resides in Menlo Park, California.