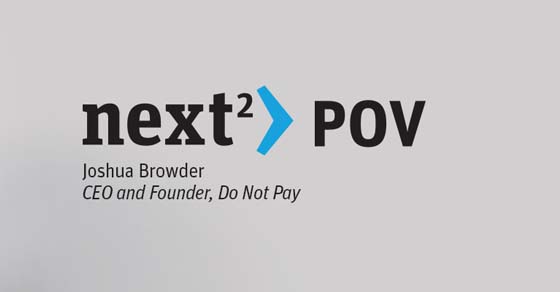 An MBA in entrepreneurship

Typically when teenagers rack up parking tickets, they stash them out of sight. Joshua Browder took a different approach: He launched a startup to automatically contest them.

The strong-willed 20-year-old Londoner exudes confidence in spades, driven to tackle incumbent industries with algorithm-based legal services offered over Facebook Messenger and other online platforms. In a shrewd marketing move, he named the company Do Not Pay, as in the parking tickets.

"Out of necessity, I had to figure out the best way to get out of my tickets, and it quickly became obvious that I could create an app to automate the process," he says. "I’ve just never been conformist and I really love fighting established industries."

In fact, he developed the system with help from trained lawyers, and has since expanded services beyond London to include a few large U.S. cities. After answering a series of questions designed to elicit proof of innocence, the legal bot will spit out a precisely worded letter, often citing relevant laws and codes, ready for submission to authorities. Tickets are dismissed about 60 percent of the time, Browder says.

After launching his business in London, Browder then came to Silicon Valley as a Stanford University student. Though he has successfully raised venture capital, he says it is sometimes difficult for entrepreneurs who are "outside the bubble" of the valley and wishes capital was easier to come by for those building clever startups elsewhere. "The world is a huge place, and if you can have an understanding of the international market, then that’s really amazing," he says.

On the other hand, Silicon Valley provides critical networking opportunities. "It’s so expensive to hire in Silicon Valley. Unless you’ve raised millions, you can’t hire an engineer. So it’s been really good to network and find people." Browder described the Trek as "an MBA for entrepreneurship," bringing together many aspects from pitching products to networking with VCs.

As his company expands its repertoire of services, Browder has captured the attention of U.S. and British media, which is enamored with how artificial intelligence is being used to deal with daily inconveniences, such as filing claims for delayed flights, as well as more complex issues. Browder now has a service to help refugees apply for asylum in the U.S. and Canada and evicted tenants get justice.

Can bots replace lawyers? Browder says he is focusing on the kinds of legal services you see advertised on late-night TV.

In an article in The Atlantic titled "Rise of the Robolawyers", the role of DoNotPay and similar legal bots is compared to using TurboTax for straightforward filings instead of accountants. Roland Vogl, the executive director of the Stanford Program in Law, Science, and Technology, told the magazine that he predicts "we’ll see cases that get navigated through an artificially intelligent computer system, and lawyers will only get involved when it’s really necessary."

Says Browder, who is finishing his sophomore year at Stanford, "the one thing that defines entrepreneurship is doing something different and taking a risk."