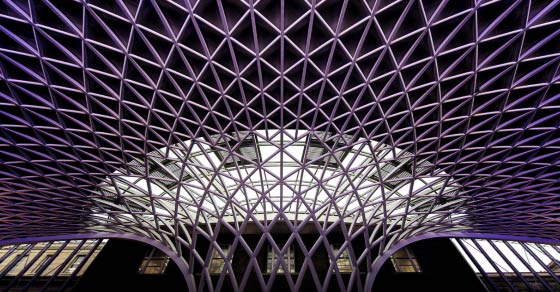 Covid-19 expansion in the UK. After becoming the first European country to memorialize over 40,000 deaths from Covid-19 1, PM Boris Johnson’s government went on the defensive, saying it was given ‘wrong’ advice from scientific advisors.2 Things are improving. Today, PM Johnson said the UK will have a “world-beating” tracing system from June.3

Wobbly leadership. PM Johnson flip-flopped on key Covid-19 policy decisions, which left Scotland, Wales, Northern Ireland and England in a fight for funding and sway, giving the Conservative party an enormous political challenge. A new opinion poll shows more people disapprove of the government's response to Covid-19 than approve of it.4

Difficult Brexit negotiations ahead. UK trade officials are working on a post-Brexit trading plan with the EU, set to begin next year. “For the first time in 50 years we are able to set our own tariff regime that is tailored to the UK economy,” said Liz Truss, UK International Trade Minister. Discord persists as Britain’s chief negotiator5, David Frost, accused the EU of treating the UK as an “unworthy” partner by asking the UK to “bend to EU norms.”6 Currently, the EU accounts for 47 percent of UK’s trade, with no tariffs.7

Bank of England’s interest rates may go NEGATIVE. Negative UK interest rates are a real possibility, after a drop in inflation put pressure on the Bank of England to take further steps to reach its 2% inflation target. April UK CPI fell to 0.8% YoY in April (1.5% in March), its lowest since August 2016.8 Unlike the ECB and BOJ, the BoE has opposed reducing its benchmark interest rate below zero. Today, the UK issued three-year government bonds (gilts) with a negative yield of -0.003 percent, the first-ever auction below zero.9

An economy that may crash. According to the Bank of England, the UK economy is heading for its worst collapse in more than 300 years because of the coronavirus pandemic. The BoE predicted that British economy could shrink by as much as 14% this year, the biggest annual contraction since a decline of 15% in 1706. Unemployment is expected to increase to 9%.10

The chart below shows historical rate movements for the GBP/USD over the last year. The technical outlook for the currency pair remains bearish, as it continues to trade 1) under its long-term down trendline (blue line); 2) beneath its 200-day moving average (green line); and 3) within a short-term down channel (red lines). We project another move lower, to the lower channel line, then moving gradually higher, ultimately (in H2) reaching the $1.25-1.27 range, where the down trendline and moving average should converge. After that...watch this space.

The fundamental and technical views for the British pound differ from one another. Britain’s government and economy are struggling. It’s hard to imagine any change over the foreseeable future, and that typically leads to a weak currency. On the other hand, our technical view is optimistic, but not overly so. Global investors have long considered the US dollar to be the safest and greatest, and they have not been disappointed. Bucking the strong dollar trend for any currency will be challenging indeed.

Please feel free to reach out to your SVB Foreign Exchange Advisor for a deeper discussion about the markets, what impact they may have on your firm, and ways to mitigate risk.

2 Business Inside, “The UK government blames its own scientists for giving it the 'wrong' advice on tackling the coronavirus,” May 19, 2020