Emerging Market (EM) assets and currencies have benefited from the US Fed’s dovish pivot and the reduced volatility seen across financial markets. However, not all EMs have been treated equally by investors, particularly with a backdrop of declining global growth. India’s capital markets have recently suffered from heavy selling by foreign investors in both equities and bonds, helping drive the Indian rupee lower.

Performance: YTD 2019 the Indian rupee has been the worst performer of the Asian currencies 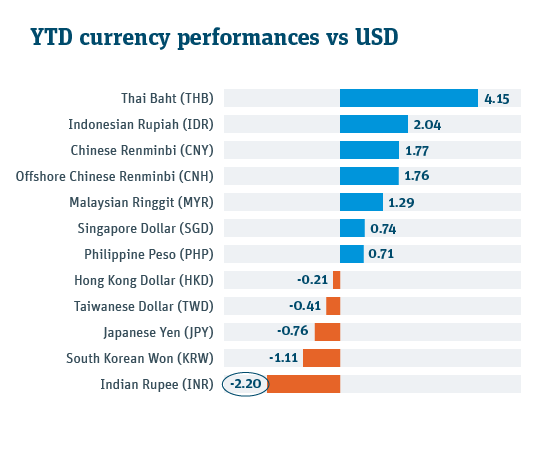 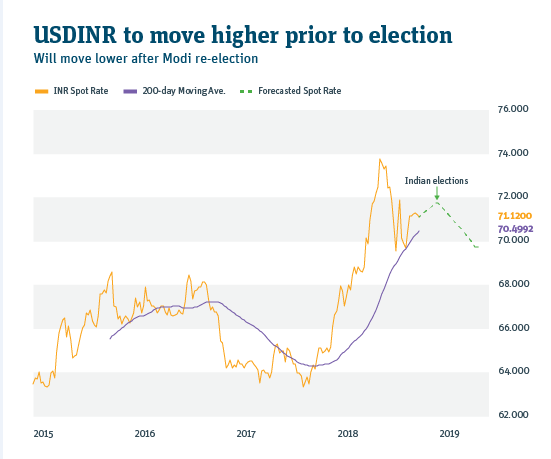 Strategic hedging of INR-denominated expenses should also be considered: our long-term (in the next 1-2 years) view for the US dollar is that it will weaken against all currencies.

If you have questions about how the Indian rupee volatility may affect your global business, contact your FX Advisor directly, or email us at fxadvisors@svb.com