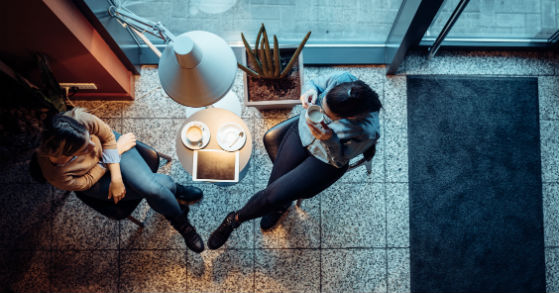 How to Find the Right Angel Investors

Strategic Connections Can Help a Startup More than Big Checks

As an early stage founder, you're likely already thinking about the next big milestone: a Series A investment, which will provide the capital you need to scale, as well as institutional validation for you, your idea and your team. Getting there won't be easy. In fact, only 20 percent of companies that raise a seed round ever go on to raise a Series A, according to an analysis of more than 35,000 startups by Radicle Labs.

So what distinguishes the successful ones? We work with thousands of seed-stage startups, and, while there's no single predictor, we've found that the companies that do best tend to choose initial investors for the guidance they can provide, not necessarily the size of the check they're offering.

"Strategic help from an angel is ... the most valuable asset any early stage company can get"


In fact, strategic help from an angel is, in my opinion, the most valuable asset any early stage company can get. And it's worth accepting a smaller check or less generous terms from someone who can introduce you to potential customers, suggest ways to improve your product or provide access to a network of future investors.

These contacts likely will have the biggest impact on your success and, eventually, your ability to pitch VCs successfully. Focusing your fundraising on well-connected angels now not only will give your business a head start, but also will save you from having to look for these connections later—perhaps after you've already given away some of your company to investors who aren't as helpful.

A strategy for raising

Figure that you're going to burn through at least $500,000 before you raise a Series A. And, yes, getting to that amount will be daunting enough without the added challenge of limiting your potential investor pool to people whose experience aligns with your business plan. But that's startup life. Hopefully, this isn't the first time you've heard it's going to be a lot of work.

Luckily, there's a strategy. It's no guarantee of success, but it's a way we think maximizes your chances of getting the support you'll need.

Start by building two lists: one of angel investors with relevant subject matter expertise or who are well-connected in the field you're targeting, and another of people you know or can get an introduction to. You can build these using LinkedIn. The sweet spot is people who are on both lists—they're your starting point. But as you'll see, it will make sense to maintain two lists.

It's going to be tempting to use that connection to an A-list VC. But most seed-stage companies aren't ready to pitch a top investor or even take an introductory meeting. Most times, you're only going to get one shot with these people. If you don't have traction with customers and a story that's been refined through dozens of pitches, you risk being forced into conversations before you're ready for them.

Instead, reach out first to people you've worked with before or know personally. If you don't have anyone like that in the both-list category, find the people who are connected to the insiders and ask to meet with them.

Never use a meeting to ask for money. Instead, use the time to share your idea, your business plan and progress to date, and to solicit any advice you can get. Your goal should be to get someone excited about what you're doing and get an agreement to stay in touch.
Everyone knows you need money. But few investors will ever cut a check based on an initial meeting alone.

4. Plan on drinking a lot of coffee

Finding the right angel investors is going to take a lot of meetings—more than many entrepreneurs expect. A good rule of thumb is 50 introductory meetings.

But these meetings are a great opportunity, even when they don't lead to funding. You'll also start to build a network, which will pay off big when you start to hire.

As you talk to people, you'll hone your pitch. You'll want 90-second and 5-minute versions down solid. You should be able to cover why your company matters and why it's relevant now, your team, product and market, your go-to-market plan, customers, prospects and growth strategy.

Join groups like Startup Grind, read a lot, engage in online conversations. Events can be a great resource, but be judicious and decide which events to attend based on who else may attend and speak. Go with the goal of meeting those people.
You'll want fellow founders in your network. Don't obsess over someone stealing your idea, as there's so much more that goes into building a successful startup. The advice, connections and ability to commiserate that can come from a close relationship with another founder at a similar stage more than outweigh any risks.

We often talk about the difference between smart money and dumb money. In both cases, you're getting someone who is banking on your success. But only the smart-money investor has the experience and connections to help you get there.

You're going to want a partner who will put in time on your behalf, going over product specs, arranging meetings with potential customers and helping you find more investors. In short, you want value. It'll be a lot of work. But from what we've seen, it's the best investment you can make.

For more helpful tips for early stage companies, check out Startup Insights, full of stories from the front lines of entrepreneurship.

Lewis has spent the past decade working to research, develop, and invest in innovation at the intersection of rapid business growth, large markets, and massive global challenges. Through various stints in research, diligence, fundraising, investment management, education and formation of new concepts he has been at the bleeding edge of innovative investments that are changing the world.