Hiring to Win: How to Build a Startup Team 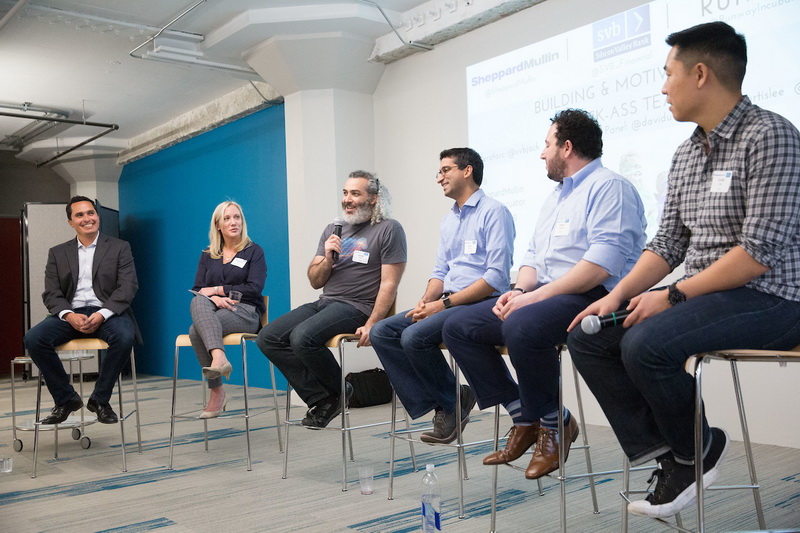 Silicon Valley Bank, along with Sheppard Mullin, recently co-hosted a panel of seasoned entrepreneurs at Runway on "Building and Motivating a Kick-Ass Team."

The combined experience of these panelists was incredible, and we heard some great advice about how to build and manage teams, which sometimes requires ignoring conventional thinking. The following are five of those suggestions.

Jack Garza heads up an Enterprise Software team in the San Francisco office of SVB. As managing director, his team focuses on companies across various segments of Enterprise Software with expertise in machine learning and artificial intelligence (AI) space.

Over his 12 year career at SVB, he has worked throughout California serving early stage to corporate finance companies across an array of innovation sectors. Prior to his current role, Jack served as sales originator and vice president for the bank’s Corporate Finance practice – half of which was spent in LA, enjoying the SoCal lifestyle. He started his career working for U.S. Bank and City National Bank, supporting both middle market and private bank customers.

He received a Bachelor of Science degree in Business Administration and Economics with an Honors Concentration in Financial Services from Saint Mary’s College of California. Jack is now a proud resident of Oakland, CA – affectionately known as the ‘Brooklyn of the West,’ where he resides with his wife and two children, enjoys USTA tennis and California Reds, and is thoroughly enjoying watching a thriving startup scene take hold across the Bay.