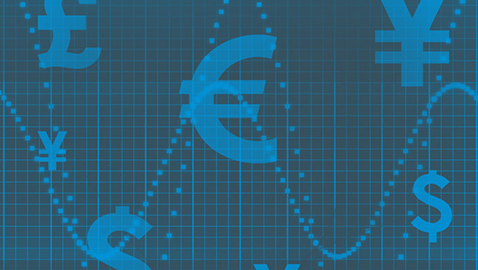 The FX budget rate is the exchange rate used to convert projected non-USD revenues and expenses (denominated in a foreign currency) into USDs. FX budget rates can help

Example
Consider a US corporation doing business in Europe (with an operating functional currency in euros) and a 10 million euro buy projected over the next year. If, after a year, the actual annual average FX rate exceeded the FX budget rate, the actual spend in USD would be higher than budgeted and bottom line performance metrics would be affected.

The company would use an FX budget rate to measure performance, interpret and communicate results both internally and externally.

To get a sense of how the various budget rate methods are expected to perform, we ran an empirical study covering the years 2006 to 2016. Analysis assumes that a US-based corporation sets a budget rate at the start of each quarter for a euro purchase that will take place one year in the future (44 total 1-year periods). Both the frequency and the magnitude of budget rate misses (expressed as a percentage of spot) are reported for each method. (Table 2).

There are risks to using a FX budget rate without a hedge strategy (i.e., remaining “under-hedged”), and, “outperformance” cannot be achieved without taking risks, or using options.

Hedging with financial contracts is generally less costly than self-insurance, in other words, using firm capital to absorb or cover FX losses.

In some cases, FX budget rates are fixed and cannot be changed in response to changes in business climate. Some corporations do have latitude to adjust budget rates as needed, naturally at the expense of impacting key performance metrics.

Early stage companies may use FX budget rates on an ad hoc basis to price and negotiate sales contracts or one-off projects. Later stage companies may use them to communicate corporate performance to investors, establish overseas sales unit goals, publish quarterly constant currency results, etc. Your choice of FX budget rate depends on your corporation’s stage in the life cycle, risk management objective, and risk strategy or policy. As stated, there is no guarantee of meeting a budget rate without a hedging plan in place. The table below summarizes these tradeoffs.

Implementing an appropriate FX budget rate and hedging strategy into your company’s FP&A process can help with mitigating FX currency risk, providing more accurate reporting, and establishing benchmarks against which to measure performance. Rate choice should include input from key stakeholders (management, treasury, business units, etc.), and accountability should be shared across your organization.

You should give careful consideration to your company’s stage in the corporate life cycle, risk tolerance objective and strategy.

If you’d like to discuss your specific situation to see if FX currency products as described in this article may be right for your company, contact your SVB FX Advisor directly, or Ivan Oscar Asensio, SVB FX Risk Advisory, at iasensio@svb.com.

Target hedge ratio for an individual cash flow or exposure is built up over time, generally at regular intervals or ”layers”, such that a corporation achieves USD cost averaging.

Foreign exchange transactions can be highly risky, and losses may occur in short periods of time if there is an adverse movement of exchange rates. Exchange rates can be highly volatile and are impacted by numerous economic, political and social factors, as well as supply and demand and governmental intervention, control and adjustments. Investments in financial instruments carry significant risk, including the possible loss of the principal amount invested. Before entering any foreign exchange transaction, you should obtain advice from your own tax, financial, legal and other advisors, and only make investment decisions on the basis of your own objectives, experience and resources. Opinions expressed are our opinions as of the date of this content only. The material is based upon information which we consider reliable, but we do not represent that it is accurate or complete, and it should not be relied upon as such.